U.S. and Russia Restart Talks on Cybercrime and Nuclear War 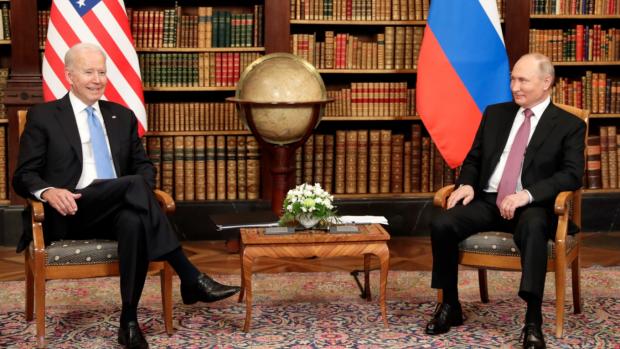 Relations between the U.S. and Russia slightly improved during the summit in Switzerland, despite the EU’s prediction that relations will deteriorate, according to EU Observer.

U.S. President Joe Biden and Russian President Vladimir Putin agreed to reinstate their respective ambassadors to Moscow and Washington. They also agreed to start new talks on cybersecurity and nuclear arms control, but no details, such as dates, were given.

These were the only tangible decisions made during their 3 hour meeting Wednesday at an 18th-century mansion on the shores of Lake Geneva (June 16).

Biden also warned Putin not to carry out cyberattacks on U.S. infrastructure and to ensure the safety of Russian opposition leader Alexei Navalny.

Biden stated, “I looked at him [Putin] and said how would you feel if ransomware took on the pipelines from your oil fields?” He also added that the United States had unrivaled cyber-war capacities if it needed to retaliate. “The bottom line is, I told President Putin that we need to have some basic rules of the road that we can all abide by”.

He also told Putin that no president of the United States could retain the trust of the American people unless he or she was committed to preserving democratic values and standing up for universal human rights.

Putin, for his part, repeated his standard speeches about Ukraine, Navalny, and US democracy, denied that he had invaded or poisoned his neighbor, and accused the US of persecuting the mob that stormed the Capitol in January.

Aside from these strong statements, both leaders struck a fairly conciliatory tone in their separate press conferences.
The meetings, according to Biden, were positive. Putin, on the other hand, stated that there was no hostility and that both leaders must represent their own countries. He also believes that the relationship is pragmatic.