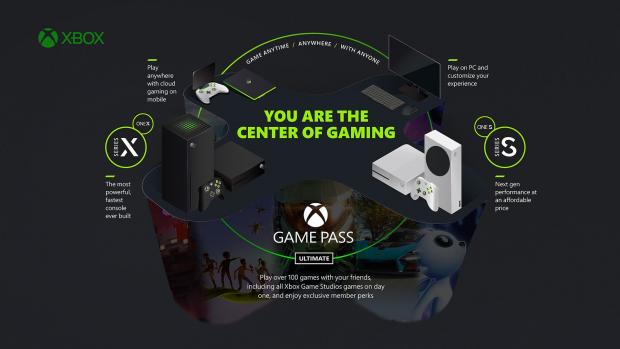 Microsoft is betting big on cloud gaming, and Xbox Cloud is the company’s big bet that’s supposed to make the company a leader in terms of such services.

And today, Microsoft announces a massive Xbox Cloud Gaming update that includes everything from support for more devices to server upgrades supposed to provide gamers out there with improved performance and reduced latency.

First and foremost, the Xbox cloud gaming service will be embedded right into smart TVs, and Microsoft says it’s already working with partners to make this happen. In other words, smart TVs would come with support for Xbox cloud games out of the box, and the only thing you’d need is a controller.

Furthermore, Microsoft says it’s also working on a streaming device for cloud gaming that will allow gamers to connect from pretty much any TV or monitor without the need for a console or any other device.

And speaking of making the Xbox service available to more people, Microsoft has announced the debut of cloud gaming in new markets, including Australia, Brazil, Mexico, and Japan. The service will also graduate from preview to all Xbox Game Pass Ultimate members through a browser.

At the same time, the Redmond-based software giant has announced that it plans a series of hardware upgrades that are supposed to allow for better performance while playing games in the cloud.

“We’re in the final stages of updating our Microsoft datacenters around the world with our latest generation of hardware, the Xbox Series X. This means gamers will see faster load times, improved frame rates, and experience Xbox Series X|S optimized games,” Microsoft said.

“Later this year, we’ll add cloud gaming directly into the Xbox app on PC and integrate it into our console experience to light up scenarios like try before you download.”

And last but not least, more games are being added to the service, with the company explaining that it wants to release at least one new first-party game into Game Pass every quarter.