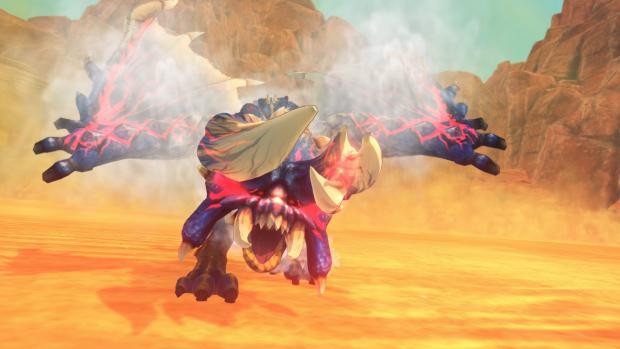 We’re less than a week away from the launch of one of the most anticipated games of the month, Monster Hunter Stories 2: Wings of Ruin and developer Capcom has decided to offer fans of the series a glimpse of what’s to come after the game’s release.

Over the weekend Monster Hunter series producer Ryozo Tsujimoto and director Kenji Oguro offered an in-depth look at the content coming to Monster Hunter Stories 2: Wings of Ruin after July 9.

Apart from the first post-launch update, which will bring the most popular Palamute from Monster Hunter Rise as a ridable Monstie to Monster Hunter Stories 2: Wings of Ruin on July 15, the roadmap contains no less than five additional free updates coming to the game through October 2021.

The second major update for Monster Hunter Stories 2: Wings of Ruin drops on August 5, and adds the gilded Elder Dragon Kulve Taroth as a new co-op quest for Monster Riders to tackle together. The new monster will not be available as a ridable Monstie, but the materials from her quest will be required in order to craft powerful new equipment. Lastly, the same update will introduce other monsters like Hellblade Glavenus and Boltreaver Astalos.

Title Update 3 is scheduled to arrive in early September and brings Soulseer Mizutsune, Elderfrost Gammoth, and Oroshi Kirin as new Monsties. Furthermore, Title Update 4 will follow up in late September with yet another duo of Monsties such as Deadking Rathalos and Molten Tigrex.

Also, as part of the fourth update, Kulve Taroth will return to the game in a new high-difficulty co-op quest that offers players the opportunity for even greater rewards. Last but not least, Title Update 5 will be released in October, and it will add Silver Rathalos and Gold Rathian. The same update is supposed to mark the arrival of a special mysterious monster, who will be part of a difficult co-op quest that offers materials for crafting even more powerful equipment.