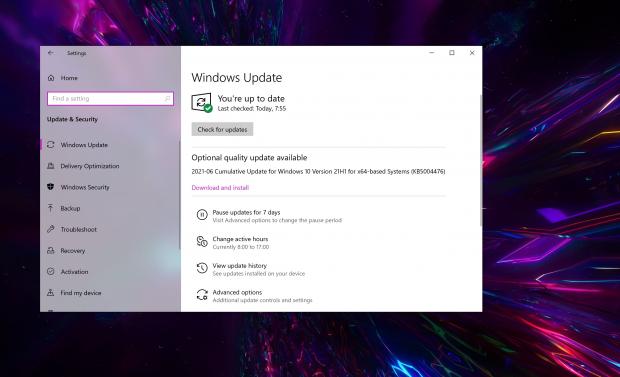 Updating PowerShell on a Windows system isn’t necessarily rocket science, though it’s not necessarily the most convenient process.

In theory, whenever a new version was released, PowerShell displayed a notification in the console, with the rest of the process, including the download and the installation, performed manually by each and every one of us.

Given PowerShell is mostly aimed at power users, this process is just a matter of clicks for most people, but Microsoft wanted everything to be as seamless as possible.

The feature is available for testing today

And this is why new PowerShell updates will now be shipped via Windows Update, just like a regular update released for the operating system.

“Today, we’re happy to announce that we’re taking the first steps to making PowerShell 7 easier than ever to update on Windows 10 and Server. In the past, Windows users were notified in their console that a new version of PowerShell 7 is available, but they still had to hop over to our GitHub release page to download and install it, or rely on a separate package management tool like the Windows Package Manager, Chocolatey, or Scoop,” Travis Plunk, Senior Software Engineer, PowerShell, said.

“But with Microsoft Update, you’ll get the latest PowerShell 7 updates directly in your traditional Windows Update (WU) management flow, whether that’s with Windows Update for Business, WSUS, SCCM, or the interactive WU dialog in Settings. With today’s announcement, you’ll soon be able to try this new update process for yourself on the latest PowerShell 7.2 previews.”

Needless to say, if you want to receive PowerShell updates via Windows Update, automatic updates must be enabled on your computer. At this point, the new feature is only available on Windows 10 RS3 (10.0.16299) or newer, and you must be running PowerShell 7.2 preview.5 or preview.6 on your computer.