Windows Sun Valley to Come with a New Settings Experience 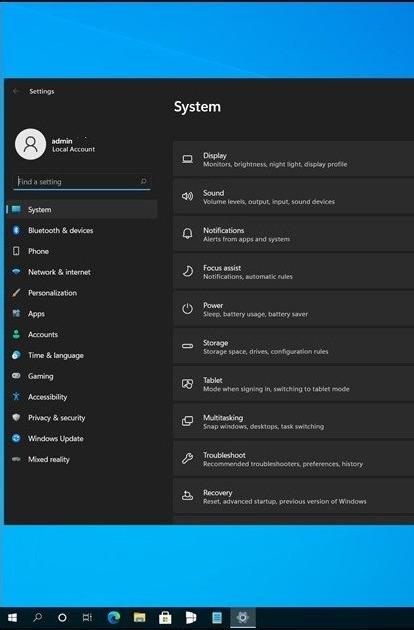 Microsoft is working on plenty of changes for the next Windows release, and while there’s a chance this would end up being called Windows 11, it’s safer to just refer to it using its current codename – Sun Valley.

According to the latest rumor that made it to the web, the upcoming Windows update will include a redesigned Settings app that is supposed to sport a cleaner look in a UI design that’s substantially more simplified and easier to use.

All sections would come with colorful icons, and needless to say, the Settings app will use Fluent Design, Microsoft’s modern design language that’s being expanded everywhere across its products.

Posted online and already removed because it comes from internal builds that aren’t ready for the public, the screenshot showing the new Settings screen confirms a dark mode as well, though this isn’t necessarily a surprise given the current version also comes with such a visual style.

The end of Control Panel?

One very interesting tidbit that’s yet to be figured out concerns the future of Control Panel.

We’ve known for a while that Microsoft was planning to kill off the traditional Control Panel, and since the debut of Windows 10, the company has gradually moved more and more sections to the modern Settings app.

However, the software giant clearly said the Control Panel would go away until the migration to the Settings app is complete, and right now, some configuration options are yet to make the switch in Windows 10 version 21H1.

In other words, if Microsoft indeed plans to kill off the Control Panel in the next big Windows release, then the company must complete this transition to the Settings app in the coming months before the official launch of the Sun Valley update takes place.

And according to the typical release schedule, this should happen in the fall of the year.