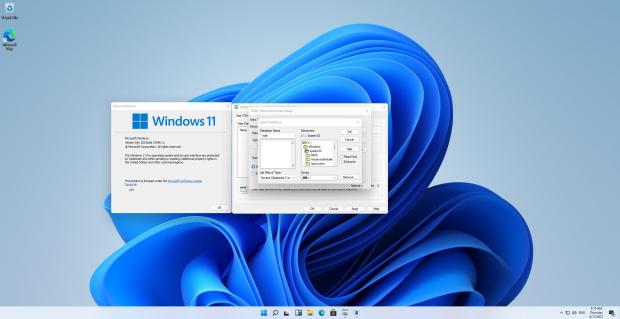 Windows 11 is without a doubt projected to be a modern operating system from one end to the other, especially given Microsoft itself has made quite a big deal about it, suggesting the biggest overhaul since Windows 10 is coming.

But someone on reddit came across a small screen that could make a number of users think otherwise.

A screenshot posted earlier today shows a Windows 3.1 dialog still there in Windows 11, though as you can see in the image here, Microsoft has also applied its modern UI treatment with rounded corners and everything.

But the Windows 3.1 legacy is more than obvious, which shows that Microsoft still hasn’t completed the full overhaul of Windows, so it could still take more time until this is done.

Why this isn’t surprising

But on the other hand, seeing such remnants in the leaked Windows 11 build that made its way to the web earlier this week isn’t necessarily surprising. And there are two reasons for this.

First of all, let’s not forget this is a very early build of Windows 11. The operating system is a work in progress and the OS image that reached the web isn’t an official release but only a prototype that Microsoft most likely compiled a long time ago.

In other words, there’s a chance the first official build that would be shipped as part of the Windows Insider program would be a lot more refined, so don’t be too surprised if these Windows 3.1 remnants are gone.

And then, the current Windows 11 builds are nothing more than Windows 10 on steroids, so in essence, it’s still Windows 10 with some visual improvements and a bunch of new features. Windows 10 itself include plenty of old-school Windows components, so it makes sense for Windows 11 to stick with the same approach until the modern overhaul is complete.