Windows 11 Will Obviously Run on Apple’s Macs as Well 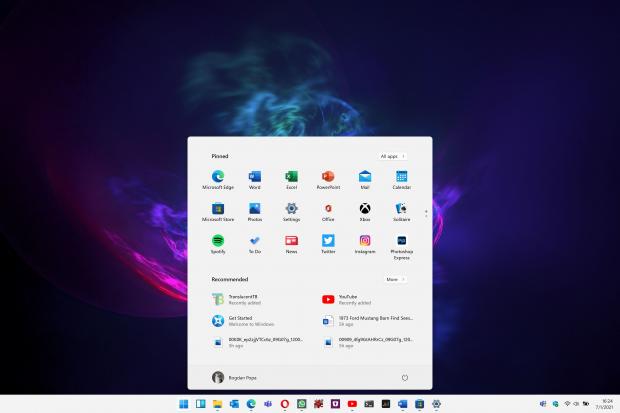 Microsoft has recently announced the very first preview build of Windows 11 for users in the Windows Insider program, and as the world found out, not all devices would be able to run the new operating system.

This is due to processor limitations, as Microsoft says that only eight-generation chips and newer will be able to handle Windows 11 – at this point, the company is also trying to determine if bringing the new OS to seventh-gen processors is possible as well, but an official decision would be made later this summer.

In the meantime, Windows 11 is also on its way to Apple’s Macs, though if you’re familiar with how Windows runs on Apple computers, you probably figured out already the whole thing would be powered by Parallels.

The company has confirmed recently that Windows 11 would obviously come to Macs, though for the time being, the team at Parallels is still looking into what the new operating system changes in terms of hardware before starting working on the port.

Windows 11 coming in the fall

As reported by iMore, Parallels hasn’t provided an ETA as to when Macs would be able to run Windows 11, but it shouldn’t take too long before this happens, especially as the new operating system is projected to go live in the fall of the year.

“Since Windows 11 has just been announced recently, the Parallels Engineering team is waiting for the official Windows 11 Insider Preview build to start studying changes introduced in the new OS to deliver full compatibility in future Parallels Desktop updates,” Nick Dobrovolskiy, SVP of Engineering and Support, has been quoted as saying.

Windows 11 will be offered as a free upgrade to certain eligible Windows 10 PCs, and there’s a good chance the first wave of computers would get the new operating system in October.