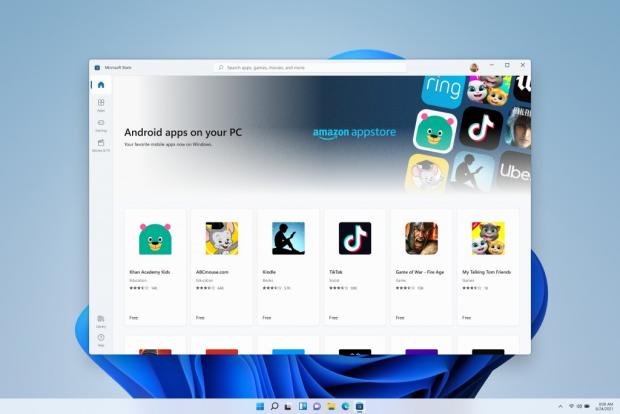 One of the biggest announcements concerning Windows 11 is the official support for Android apps, which means users would be able to run apps built for Google’s operating system right on their Windows PCs.

This is something users have been requesting for years and which would have made a lot more sense on Windows 10 Mobile, but in the long-term, it comes in handy on PCs as well, especially because it makes the integration between PCs and Android even more seamless.

To bring Android apps to Windows 11, Microsoft turned to the Amazon App Store, therefore providing users with easy access to mobile apps that could be installed on their devices.

Many believed this would be quite a shortcoming, as not all apps available on Android are also published in Amazon’s app store, but as it turns out, this isn’t true.

“Starting later this year, people will be able to discover Android apps in the Microsoft Store and download them through the Amazon Appstore – imagine recording and posting a video from TikTok or using Khan Academy Kids for virtual learning right from your PC. We’ll have more to share about this experience in the coming months. We look forward to this partnership with Amazon and Intel using their Intel Bridge technology,” Microsoft said.

But according to Microsoftie Miguel de Icaza, any Android app will work on Windows 11, as long as you install it using a stand-alone APK installed. In other words, as long as the Android app comes packed in the typical APK file, you can install it manually on your Windows 11 PC, just like you can do on an Android mobile device anyway.

Windows 11 is projected to land in the Windows Insider program in a few days, so we’ll hear more about the Android integration rather sooner than later.