Windows 11 Will Be Able to Run Android Apps 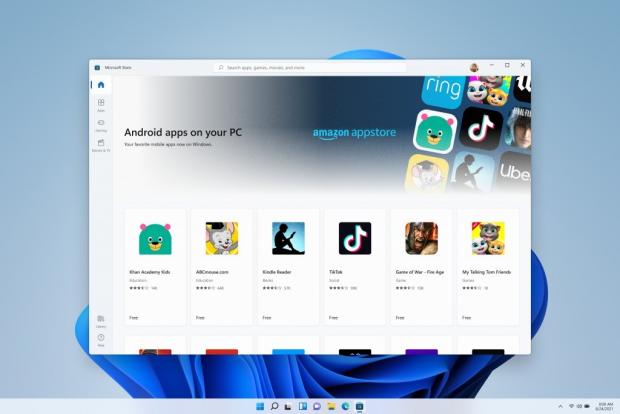 There was a time when everybody was super-excited about Microsoft bringing together the worlds of Windows and Android, though, at that point, Windows 10 Mobile was the platform to win big following this integration.

Everybody knows what happened in the meantime, with Windows 10 Mobile now MIA, but this doesn’t necessarily mean Microsoft has given up on its plan to merge Windows and Android.

And the upcoming Windows 11 is the perfect opportunity to do this, as the Redmond-based software giant has just announced that its new operating system would be able to run Android apps natively.

The Android apps would be available through the Microsoft Store, though the actual download process will be carried through Amazon Appstore. In other words, what Microsoft did was bring the Amazon Appstore, already available on Android, to Windows 11, so you can easily download apps for the mobile operating system right from your PC.

Windows 11 due in the fall

Very little has been said about how Android apps will run on Windows 11, but Microsoft has promised to share more information at a later time.

“We’re also pumped to announce that we are bringing Android apps to Windows for the first time. Starting later this year, people will be able to discover Android apps in the Microsoft Store and download them through the Amazon Appstore – imagine recording and posting a video from TikTok or using Khan Academy Kids for virtual learning right from your PC. We’ll have more to share about this experience in the coming months. We look forward to this partnership with Amazon and Intel using their Intel Bridge technology,” Panos Panay, the Chief Product Officer, Windows and Devices, said.

Windows 11 is projected to launch in the fall, with a preview build for insiders to go live next week, though the Android app support wouldn’t be offered from the very beginning.