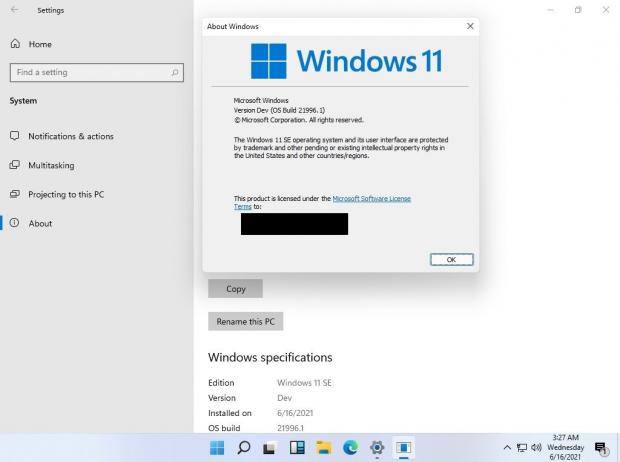 The next big release on the Windows roadmap isn’t another Windows 10 feature update but Windows 11, with Microsoft expected to confirm this plan on June 24 during a dedicated event.

Windows 11 will therefore be the new-generation and highly anticipated Windows refresh, bringing massive improvements in every single area, including not only the feature lineup but also the UI.

Microsoft, on the other hand, is unlikely to make any big changes to the available SKUs, so the company will also continue to offer a dedicated S mode version available separately as Windows 11 SE.

Microsoft watcher Mary Jo Foley says Microsoft doesn’t want to give up on Windows S Mode just yet, so Windows 11 SE is very likely to be the codename of the upcoming Windows 10 SKU that can be installed on devices coming with this mode pre-loaded.

Windows 10’s S Mode is a dedicated SKU that restricts the use of apps to the Microsoft Store, therefore boosting security and ensuring improved performance. Users, however, can remove the S Mode and upgrade to full Windows 10, and there’s a chance the upcoming Windows 11 operating system would use a similar approach.

“Windows 10 in S mode is a version of Windows 10 that’s streamlined for security and performance, while providing a familiar Windows experience. To increase security, it allows only apps from the Microsoft Store, and requires Microsoft Edge for safe browsing,” Microsoft explains.

“To increase security and performance, Windows 10 in S mode runs only apps from the Microsoft Store. If you want to install an app that isn’t available in the Microsoft Store, you’ll need to permanently switch out of S mode. There’s no charge to switch out of S mode, but you won’t be able to turn it back on. If you’re blocked from switching and your device belongs to an organization, check with your administrator. Your organization can choose to keep all devices in S mode.”

Microsoft is projected to officially announce Windows 11 next week.