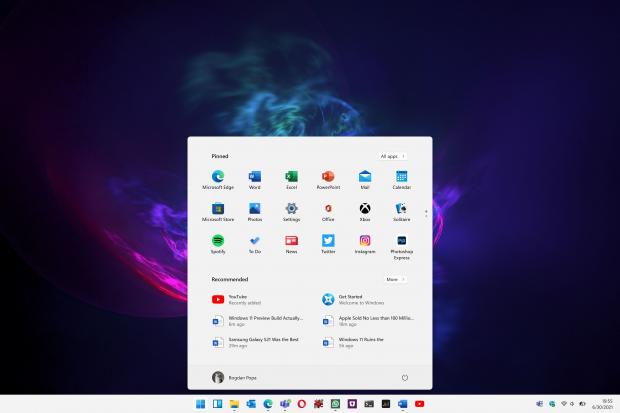 Microsoft announced Windows 11 earlier this month, and the preview build is now available for download for Windows Insiders in the Dev channel.

The Redmond-based software giant promised to launch the new operating system in the fall of the year, explaining that certain eligible Windows 10 devices would get it as a free upgrade.

In theory, given the testing program has only recently started, Windows 11 is still in its early days, and this is something that makes total sense given we’re still far from the moment the operating system is projected to see the daylight.

But according to developer Steve Troughton-Smith, this isn’t necessarily the case with Windows 11.

This is because the preview build that Microsoft shipped to insiders is actually an RTM build of the operating system. And if this sounds odd to you, it’s because Microsoft is trying to use a different approach for Windows 11.

Windows versions typically reach the RTM stage approximately a month before the public rollout, so Windows 11 hitting this milestone so early is definitely unexpected.

But for Windows 11, the RTM stage actually means the moment when the core OS has reached the final stage. In other words, the core OS that hardware partners need is already done, so Microsoft will now focus on the UX going forward, trying to polish the experience for users out there before the public rollout starts for production devices.

In theory, Windows 11 will continue to evolve in the Windows Insider program just like Windows 10 did, so Microsoft will continue to add new features with the release of new builds for testers. In other words, the core OS is ready, so what we’ll be getting in the coming months are new features added on top of the base code that’s already been finalized.