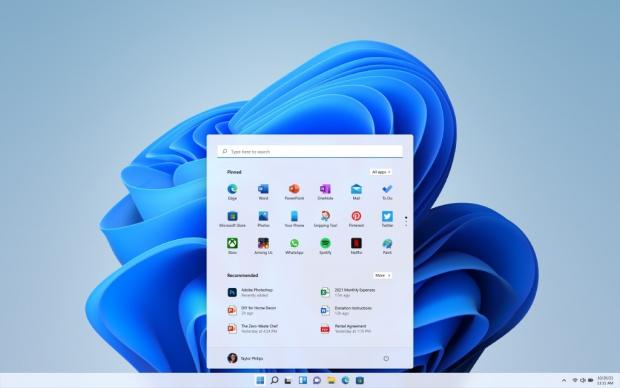 Windows 11 is projected to launch later this year with massive improvements and new features, and the Redmond-based software giant claims one of the biggest benefits would come in terms of touch input.

So if you have a Surface device, for example, everything should feel snappier once you install Windows 11, with Microsoft explaining that the computer overall will be more responsive thanks to the massive improvements in terms of touch input.

While the tablet mode is no longer available, Windows 11 is still the best choice for touch devices, especially because it now better adapts to such input. So when you disconnect the keyboard, you no longer see the tablet mode but the same familiar UI of Windows with small changes here and there that make sense for touch.

Certain menus are larger, so it’s easier to tap them, and so are touch targets. Surface Pen input also gets additional refinements, and Microsoft says it has also focused on voice recognition to allow users to interact with certain features hands-free.

“When you use Windows 11 on a tablet without a keyboard, we’ve improved the experience for touch, creating more space between the icons in the taskbar, adding bigger touch targets and subtle visual cues to make resizing and moving windows easier, as well as adding gestures,” Microsoft explains.

“We’re also enabling haptics to make using your pen even more engaging and immersive – allowing you to hear and feel the vibrations as you click through and edit or sketch. Lastly, we’ve brought forward enhancements in voice typing. Windows 11 is incredible at recognizing what you say; it can automatically punctuate for you, and comes with voice commands. This is a fantastic feature for when you want to take a break from typing and speak your ideas instead.”

The first Windows 11 preview build is projected to land later this week for insiders.