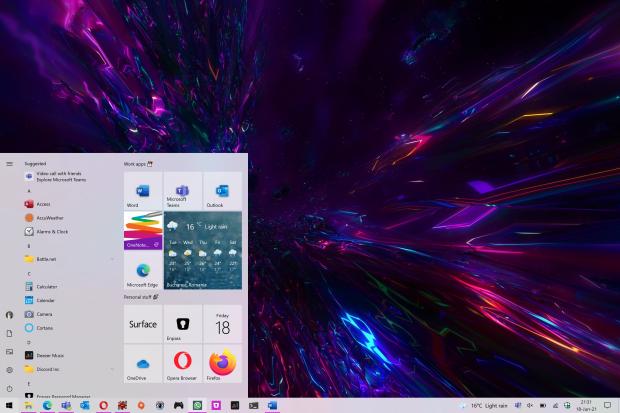 The new update is KB5003690, and it can be downloaded by users running Windows 10 21H1 preview builds in the Beta and Release Preview channels of the Insider program.

Needless to say, this update doesn’t include any security fixes, but on the other hand, it comes with plenty of improvements, as Microsoft has finally managed to resolve a series of important bugs.

For example, the news and interests blurry text glitch is finally resolved, and so are problems affecting the Windows taskbar and Xbox Game Pass titles on Windows 10.

“We fixed an issue with Search box graphics on the Windows taskbar that occurs if you use the taskbar’s context menu to turn off News and interests. This graphics issue is especially visible when using dark mode. We fixed an issue that might redirect you to the Microsoft Store page for Gaming Services when you try to install or start an Xbox Game Pass game on your Windows 10 device,” Microsoft says.

Windows 11 just around the corner

Windows 10 version 21H1 is already available for download for a number of devices, but on the other hand, Microsoft still uses the Insider program to try out some improvements in advance before rolling them out to all computers out there.

Right now, it looks like version 21H1 could be the last feature update for Windows 10, as Microsoft is getting ready to make the switch to Windows 11 and therefore focus all its efforts on this operating system.

Microsoft is projected to share its Windows plans on June 24 as part of a dedicated event, with the company also likely to preview Windows 11 for the very first time.