WhatsApp’s Multi-Device Support to Come with One Major Shortcoming 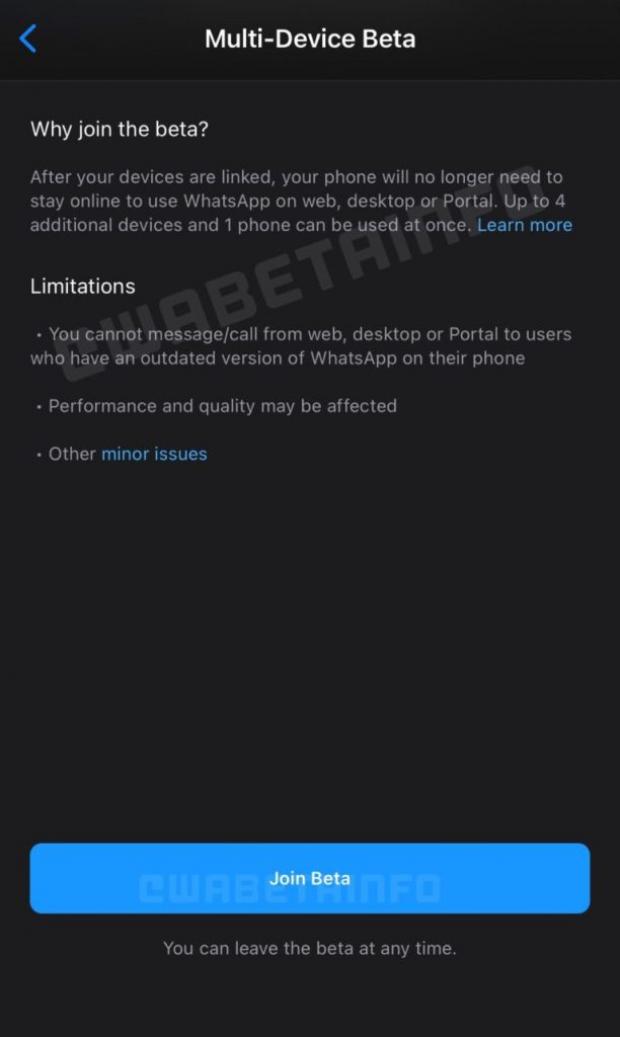 We’ve known for a while that WhatsApp is working on multi-device support for the instant messaging platform, but as it turns out, this new feature isn’t necessarily as helpful as many of us expected it to be.

And it’s all because of the way the Facebook-owned company wants it to work, as WhatsApp will only work on just one phone no matter what.

The conversations would always be in sync, so in theory, no matter what device you end up using, you’re always up to date with all your messages.

Needless to say, this feature comes in handy especially when planning to use the same WhatsApp account across different mobile platforms. So for instance, you could activate the same WhatsApp phone number on two phones running iOS and Android, and regardless of which one you use, the latest conversations are always there.

But according to a screenshot shared by WABetaInfo, this new feature may eventually land with a major shortcoming. And it’s all because WhatsApp would only allow a single phone per account, so the multi-device support would allow just one phone and then other devices like PCs and the Facebook Portal smart display.

Of course, many might end up thinking this feature is rather useless since running WhatsApp on the desktop is already possible with the same account as on the phone when the mobile device is synced.

WhatsApp is yet to officially announce this new feature, so fingers crossed for the company to rethink the way it’s supposed to work.