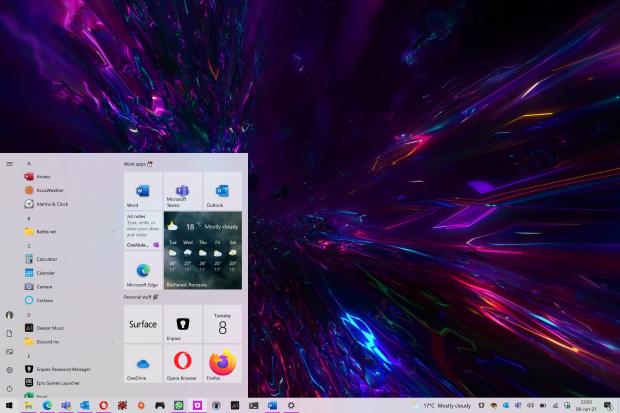 Microsoft has shipped new Windows 10 cumulative updates for all versions still getting support, and just as expected, the most recent stable builds are getting their own improvements.

Windows 10 version 2004, 20H2, and 21H1 are being provided with the same cumulative update because they share the codebase, so the refinements and bug fixes available this month are available via KB5003637 on all three versions.

As for what’s new in Windows 10 cumulative update KB5003637, you should keep in mind this is a Patch Tuesday release, so it includes mostly security fixes supposed to resolve vulnerabilities found in the operating system and the pre-loaded components.

According to the official changelog, this update improves security when Windows performs basic operations, when verifying usernames and passwords and when using input devices such as a mouse, keyboard, or a pen. Microsoft says it also includes updates for storing and managing files.

There are no new bugs in these updates, as all known issues have been inherited from the previous releases.

But worth knowing is that some users might still report slower performance in games, and Microsoft says those affected typically run games full screen or in borderless windowed modes.

The good news is the issue has already been resolved, though a full patch is not yet available.

“This issue is resolved using Known Issue Rollback (KIR). Please note that it might take up to 24 hours for the resolution to propagate automatically to consumer devices and non-managed business devices. Restarting your device might help the resolution apply to your device faster. For enterprise-managed devices that have installed an affected update and encountered this issue, it can be resolved by installing and configuring a special Group Policy,” Microsoft says.

The update is available via Windows Update for devices configured to receive updates automatically.