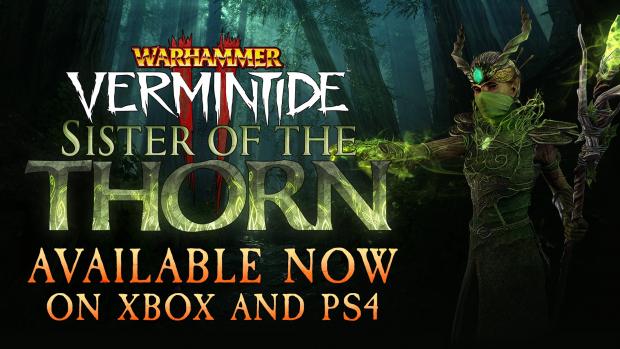 Warhammer: Vermintide 2 is a pretty successful game that offers a smooth multiplayer experience to Warhammer fans. That being said, the folks at Fatshark have been adding new content to their game quite often.

The most recent update brings Sister of the Thorn and Chaos Wastes faction to Playstation and Xbox consoles. Both pieces of content were initially launched on the PC earlier this year, but only Xbox players got access to Chaos Wastes at the same time.

Today, Fatshark brings all three versions of Warhammer: Vermintide 2 on par when it comes to content. While the Xbox version is only getting Sister of the Thorn, PlayStation players are getting Chaos Wastes too.

On the other hand, PlayStation 4 players are getting access to Chaos Wastes, the next chapter in the Vermintide 2 story. Available as a free download, Chaos Wastes invites players to try to reach the Citadel of Eternity. In order to survive the journey to the Citadel, the heroes will have to leave their hard-earned armor behind and go back to basics.

The journey begins where it all began over three years ago, and armed only with simple equipment that will require skills to use effectively rather than just hiding behind a maxed-out Iron Breaker.

The Chaos Waste chapter adds some new features like Pilgrim’s Coins, Chest of Trials, Shrines, Waystone Altars, potions, and Twitch Integration, which lets the audience join in on the adventure and help the players on their journey by voting on what will happen next.