Vivaldi 4.0 Released as a Massive Update That’ll Blow Your Mind 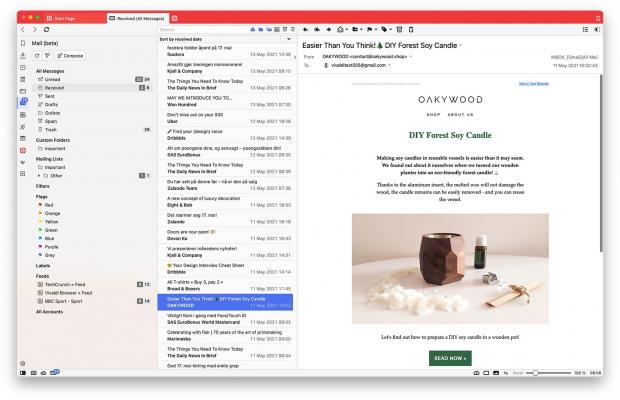 Google Chrome is the world’s number one desktop browser and Microsoft Edge is offered as the default option on Windows 10, but neither have the je ne sais quoi you can find in Vivaldi.

Because yes, Vivaldi was, is, and will continue to be a browser coming with an insane arsenal of features, and while some say it’s an underdog of this software category, you just have to try it out to finally figure out what its magic is all about.

And version 4.0, which is available today on all supported platforms, brings this magic to a completely new level.

The changelog is absolutely huge, and so is the official announcement, but I’m going to highlight the main improvements in this new version just to know what to expect when downloading Vivaldi 4.0.

First and foremost, the browser now comes with Vivaldi Translate, a built-in translation engine powered by Lingvanex that comes pre-loaded with the browser. Also available on Android and  Chromebooks, the translation feature comes with one major benefit: it runs on Vivaldi servers in Iceland, so the data is not uploaded to third parties to run the translation.

You can easily figure out their purpose by simply reading their names, but there’s one thing I want to highlight about the mail client: it supports pretty much every account, including IMAP, POP3, and Google accounts. Exchange support doesn’t seem to be available just yet, but as with everything Vivaldi, it’s probably just a matter of time until it’s being added if enough feedback in this regard is received.

And last but not least, Vivaldi 4.0 now comes with a modern first-run experience that allows users to automatically configure the browser the way they want using three pre-loaded configurations called Essentials, Classic, and Fully Loaded. If you’re a power user, you’ll probably stick with fully loaded, because it includes everything plus the beta builds of Vivaldi Mail, Feed Reader, and Calendar.

Again, this update is absolutely huge, and it once again shows Vivaldi is a browser that just keeps getting better and better. And if Google Chrome and Microsoft Edge aren’t necessarily your favorite cups of tea, just try out Vivaldi and you’ll be impressed.