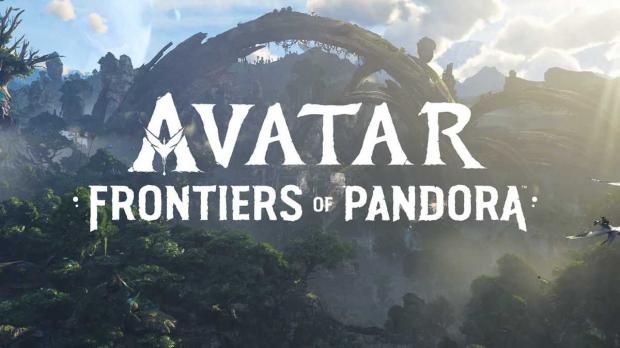 Showcased during the Ubisoft Forward event, Avatar: Frontiers of Pandora is a first-person, action-adventure game set in the Avatar universe. The game is developed by Massive Entertainment, in collaboration with Lightstorm Entertainment and Disney, and it’s built using the latest version of the Snowdrop engine.

In Avatar: Frontiers of Pandora, players take the role of a Na’vi and embark on a journey across the Western Frontier, a zone that has never been shown in the Avatar movie. The cinematic trailer shown during E3 2021 offers us a first-person look at seemingly familiar, lush, and beautiful jungle landscapes.

What we’re shown in the trailer doesn’t give us too many clues as to what the game is all about, although we do see that a large Resources Development Administration (RDA) facility with a wide array of military equipment at its disposal, including Amplified Mobility Platform (AMP suit), along with Samson and Scorpion gunships sits in the middle of Pandora.

Besides the traditional Human-Na’vi conflict, Ubisoft promises “a living and reactive world inhabited by unique creatures and new characters,” so we’re quite excited to see the French developer’s take on such a big franchise.

Ubisoft announced Avatar: Frontiers of Pandora is scheduled for release on PlayStation 5, Xbox Series X/S, Google Stadia, Amazon Luna, and PC in 2022. That being said, it looks like this will be Ubisoft’s first game exclusive to next-generation consoles.

While we don’t like to speculate, it wouldn’t be fair not to mention that James Cameron’s Avatar 2 is set for release in December 2022, so it would make sense for Ubisoft to want to launch its game around the same time, but that’s just a guess.

After Assassin’s Creed and Far Cry, Avatar shapes up to be another major video game series for Ubisoft. Let’s hope Frontiers of Pandora will bring a breath of fresh air for Ubisoft fans.