This Little App Makes the Windows 11 Taskbar Much More Awesome 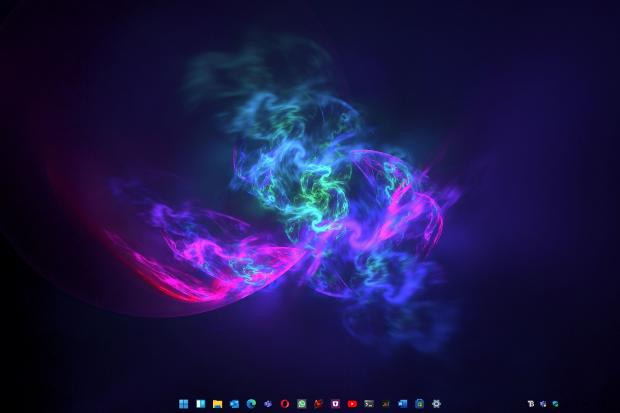 One of the biggest changes in Windows 11 concerns the taskbar, as Microsoft has decided to center the Start menu and the icons for an approach that many believe has been inspired by macOS.

And while everything looks and feels pretty modern, the taskbar itself still requires some additional polishing, including a smaller version that would allow users to gain extra screen estate when working on their computers.

Furthermore, one feature that would really come in handy is support for custom transparency levels in the taskbar, something that would make it possible for users to completely make the taskbar invisible.

If you’re a long-time Windows user, you probably remember TranslucentTB, a very small Windows 10 application that allowed users to tweak the taskbar and make it fully transparent.

This app landed for Windows 10, and the good news is that it still works on Windows 11. To be honest, this isn’t necessarily a surprise given Windows 11 is essentially Windows 10 on steroids, but as you can see in the screenshot here, some improvements are still needed to work flawlessly on the new operating system.

Because yes, TranslucentTB still does its magic on Windows 11, making the taskbar fully transparent and turning the icons into some sort of dock (once again inspired by the one on macOS), but the system tray is only partially visible. The network, volume, and battery icons aren’t visible when TranslucentTB is running, and the clock also doesn’t show up unless you move the mouse over it.

So yes, the Windows 11 taskbar can be even more beautiful, and it’ll be interesting to see if Microsoft ends up adding such customization features before the new OS gets the go-ahead.

According to the company itself, Windows 11 will launch for production devices in the fall.