This Is the New File Explorer Coming in Windows 11 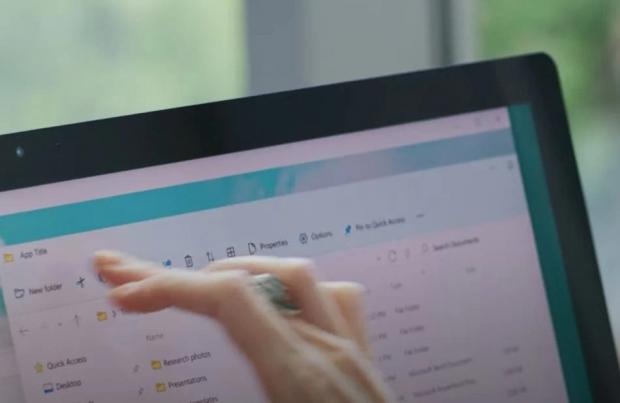 Windows 11 is coming later this year with massive improvements, and as it turns out, one of the apps getting a major redesign as part of the new operating system is File Explorer.

As you probably know already, File Explorer has barely changed throughout all these years, so the experience overall is pretty much the same as in Windows XP, for instance.

While Microsoft has indeed added a dark mode and more subtle refinements here and there, File Explorer is still a basic file manager that lacks more advanced features users have been requesting for years, such as tab support.

At one point, however, Microsoft started working on a modern version of File Explorer, and it was believed this would eventually be introduced as part of Windows 10X. But given this dual-screen operating system has already been abandoned, there’s now hope the modern File Explorer would land in Windows 11, which itself borrows some elements from Windows 10X.

Tabs still nowhere to be seen

And File Explorer indeed is getting an overhaul in Windows 11, though it’s not as substantial as you’d expect it to be. And certainly, it’s not the modern refresh that made the headlines on several occasions.

Microsoft itself teased the new File Explorer as part of its Windows 11 preview video, and at the first glance, the improvements it has included aren’t necessarily mind blowing. And this is quite a shame, especially because people still rely a lot on File Explorer, with many users actually refusing to install a third-party file manager.

Windows 11 will hit the shelves in October or November, so hopefully Microsoft will continue to polish the experience with File Explorer by the time the launch happens.