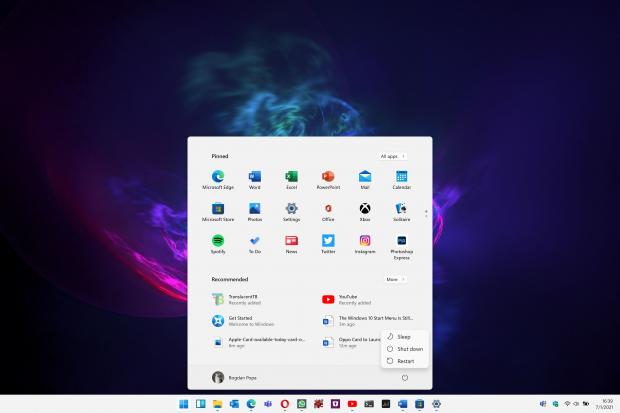 The very first Windows 11 preview build allows users to try out many of the new features coming in this operating system, including the revamped Start menu borrowed from Windows 10X.

Because yes, the new Start menu originally made its debut in Windows 10, the new operating system that was once supposed to power Microsoft’s dual-screen push but which in the meantime got the ax.

Microsoft introduced the new Start menu with much fanfare, explaining that it’s all based on the received user feedback.

“From the new Start button and taskbar to each sound, font and icon, everything was done intentionally to put you in control and bring a sense of calm and ease. We put Start at the center and made it easier to quickly find what you need. Start utilizes the power of the cloud and Microsoft 365 to show you your recent files no matter what platform or device you were viewing them on earlier, even if it was on an Android or iOS device,” Microsoft said.

But on the other hand, not everybody is a big fan of the new Windows 11 Start menu, not only because of its centered position but also due to the new design.

So the good news is that the Windows 10 Start menu can still be restored and aligned to the left side of the screen. A trick that was discovered earlier this month when the first Windows 11 got leaked still works in the preview build of the OS, so it’ll certainly be interesting to see if Microsoft ends up blocking it or not.

Windows 11 will continue to evolve even further in the coming months, with the final version projected to land in October.