The fields are filled with potential narrative treasure. Adam puts down the metal detector and moves around. He pinpoints something metallic and uses his tools to see what’s there. He then comments on the find or engages in a long conversation with friend Beth. It’s five days of detection action that should lead to good conversations and revelations. Unfortunately, the story becomes a mess right at the end and the gameplay is never good enough.

The Magnificent Trufflepigs is a narrative-focused title created by Thunkd and published by AMC. The title is focused on narrative and character interactions. I played it on the PC via Steam and gamers can also get it on the Epic Games Store and on the Nintendo Switch.

The central element of the game is the interaction between two characters, Beth and Adam. They start the game reuniting after a long time, deciding to find an earring lost in the fields. Across the five days of the game, the two characters will share plenty of conversations and revelations, with one of them making big decisions about the future. 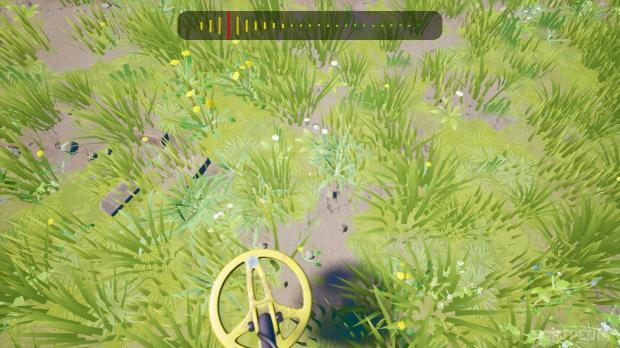 There are five days of metal detector action in The Magnificent Trufflepigs. As stated before the focus is on the story, so the gameplay is very limited. Walk around a big green area, switch to the metal detector, wait until it hits something. Then dig up the potential treasure, see what it actually is and send an image of it to Beth.

The reward is a small amount of text or a bigger talk over walkie-talkies. Then do it all again. Searching and digging are never satisfactory on their own and, by the second day, I wanted to simply move around the fields and talk to see where the story goes, without having to actually chase items and spend precious time with repetitive button presses.

The team at Thunkd does deliver some intriguing moments early on (I will not move into spoilers territory). There’s emotion in their writing and the narrative does touch on some major themes. It made me think about what growing up means, about the way we change our lives if and when we have to, about the pressure or expectations, and the power of talking to someone about your issues.

The short exchanges linked to most of the dug-up items are sometimes relevant but mostly feel unnecessary. The bigger interactions, some of them unconnected to objects, are good and kept me engaged for the first three days. There are some misdirections sprinkled in and even some laughs.

The problem, apart from the limited gameplay, is that The Magnificent Trufflepigs entirely falls apart as a story as the ending nears. There are hints that something is not quite as it seems early on. I don’t mind that they don’t pan out in video game fashion. I do mind that the developers aim for high-concept and ambiguous for the final day and can only deliver nonsense.

I was massively disappointed as the credits scrolled across the screen. All the potential was gone because someone wanted to create a big moment that falls flat. Beth and Adam are good characters and their interactions work most of the time. And all the themes of the game and most of its message become irrelevant after the final exchange.

The Magnificent Trufflepigs does not aim for high-graphical fidelity but it does offer some nice fields to explore. The rural England vibe is well-captured and I liked the small surprises hidden around. The highlight of the presentation is the voice work from Luci Fish as Beth and Arthur Darvill.

Even when the story stops working and their lines make little sense the duo manages to imbue them with emotional power. The two needed better material and should be on the radar of anyone creating an emotion-focused video game. Unfortunately, the pair alone cannot make the story work, despite their good efforts. The soundtrack is subdued and stays mostly in the background, which is fine. 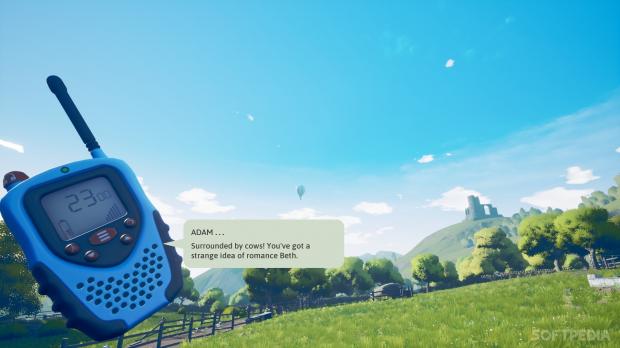 The Magnificent Trufflepigs almost instantly draws a comparison with Firewatch. But it fails to deliver in the same way and actively made me regret spending the 2 hours required to finish it. The development team wants to both tell a poignant story about growing up and making choices and to (slight spoiler) deliver a twist ending that makes almost everything that comes before feeling empty.

The game does have a relatively clever connection between its mechanics and themes. Digging up the farm and digging up a life feel somehow similar, especially when it comes to seeing long-buried stuff in a new light. But the gameplay is too limited to offer anything more than a way to get story bits. And the narrative starts off interesting, delivers a good second and third day, and then collapses. Avoid The Magnificent Trufflepigs and just play Firewatch or Gone Home again.