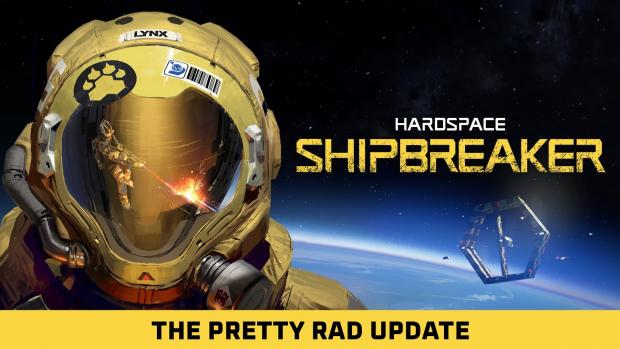 For those who love space simulation games, Hardspace: Shipbreak is probably one of the most anticipated titles. Developed by Blackbird Interactive, the game has been in early access since last year, but Hardspace: Shipbreaker is definitely not the same title it was at launch.

The fine folks at Blackbirds Interactive released several major updates that added a lot of new content. The most recent one is called the “Pretty Rad” update and brings the radiation elemental hazard into play.

With the latest update, players can encounter Radiation Filters in ships with Hazard Level 6 and above, starting at Certification Rank 9. Radiation Filters will appear in wall-sized Containment Units and can be extracted from the ship’s interior or the crawl space. Keep in mind though that filters are extremely fragile, so even small bumps and damage can cause them to drop a cloud of Radioactive Particulate, which damages organic matter and electronics upon contact.

But that’s definitely not all that’s been added with the new update! The “Pretty Rad” update revamps the HAB screens, so a lot of the UI overhauls play into other features the folks at Blackbird are working on at the moment for future updates. The reason behind these changes is that developers aim to unify the style of the UI across the board and improve usability flows.

After adding a bucketload of gameplay improvements to the Mackerel ships in the previous update, in the current update developers started to implement improvements on the Javelins. The changes involve the way earlier Javelin Rings are salvaged to provide a smoother transition from Mackerel ships into larger ships. Also, some cut-points have been removed, and the way the rings and interior are meant to be approached has been simplified and clarified.