Cybercriminals commonly employed this double-encryption service when attempting to evade identification while engaged in destructive actions. Law enforcement has successfully gained access to DoubleVPN’s servers and customer logs, according to Cybersecurity News.

Dual-encryption data transfer is one of the most significant features of DoubleVPN, a service supplied by a Russian corporation. Essentially, what this means is that it transmits your traffic over two VPN servers rather than one, encrypting your data twice. When hackers launch cyberattacks, they frequently make use of services like these to make sure that their location and IP addresses are properly concealed.

While the use of VPNs is recommended with certain online activities, the idea of double VPN is usually an overkill for the average user. Since a double encrypted connection means the traffic is routed to servers located in different parts of the world, this can also translate into slower connection and time loss. Some have even argued that another downside is that the encryption tends to take a toll at the system resources. Perhaps this is why you don’t see the feature with most VPN services out there. 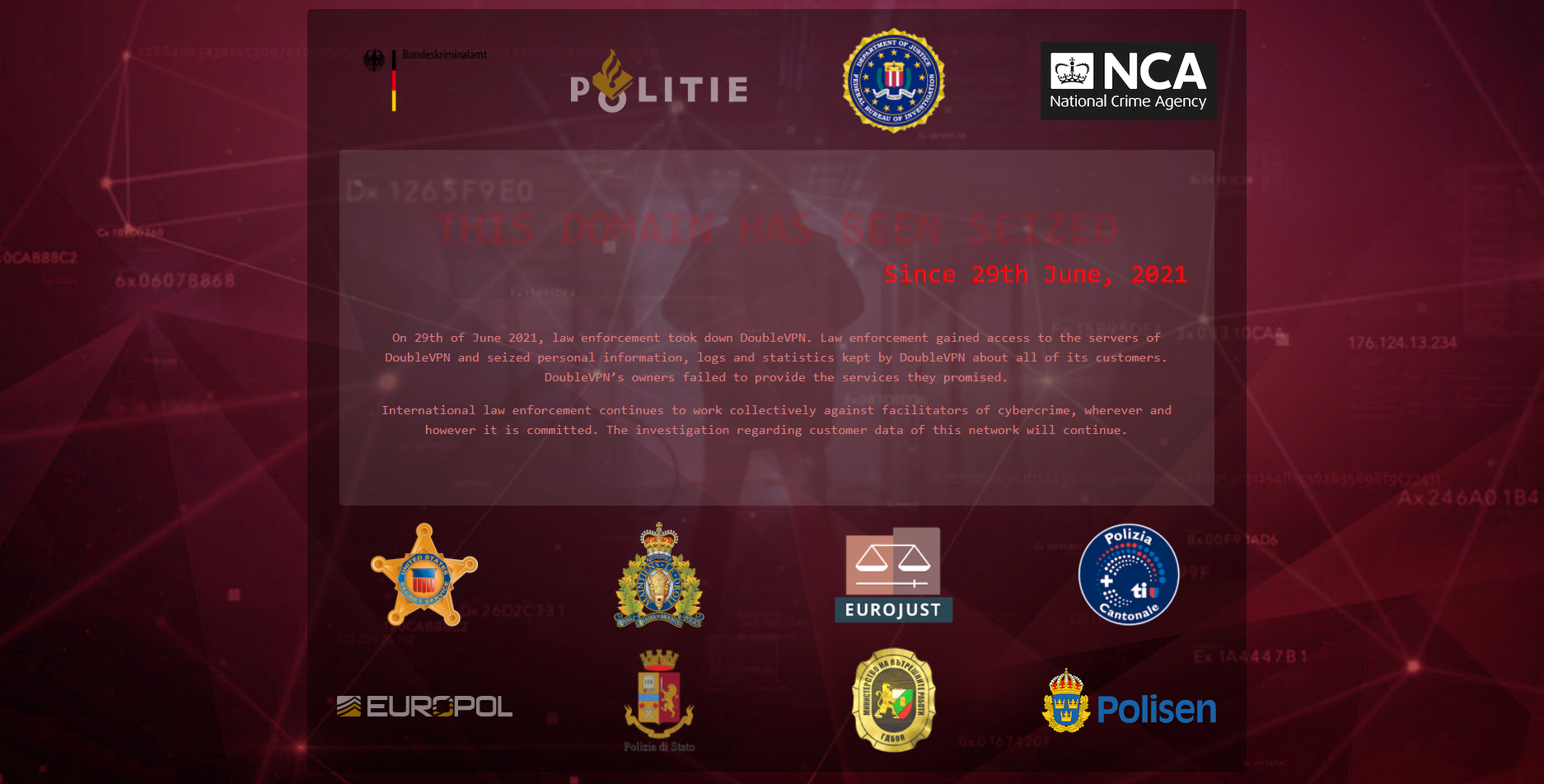 Hackers employ this approach to conceal their origin IP address

Given the aforementioned facts, it doesn’t come as a surprise that DoubleVPN was shut down. Europol stated that the seizure message was valid and accurate and that further information would be provided in the future.

The message noted “The seized doublevpn[.]com website says that “On 29th of June 2021, law enforcement took down DoubleVPN. Law enforcement gained access to the servers of DoubleVPN and seized personal information, logs, and statistics kept by DoubleVPN about all of its customers. DoubleVPN’s owners failed to provide the services they promised”.

“International law enforcement continues to work collectively against facilitators of cybercrime, wherever and however it is committed. The investigation regarding customer data of this network will continue”.