Resurrected Coming to PC and Consoles in September 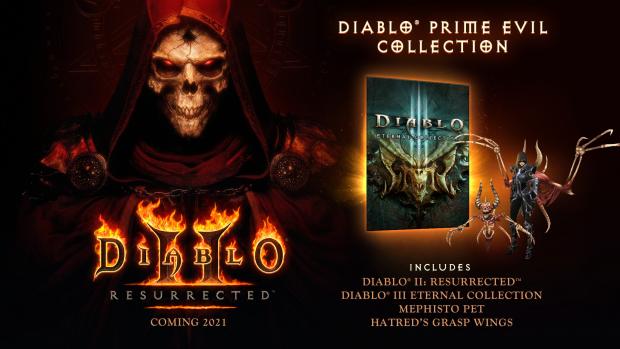 Blizzard has finally revealed the remastered version of its most popular Diablo series game launches in September. Dubbed Diablo II: Resurrected, the game is set to arrive on PC, Xbox Series X/S, Xbox One, PlayStation 5, PlayStation 4, and Nintendo Switch on September 23.

More importantly, those who pre-order the game will get early access to the upcoming open beta test on supporting platforms. While we can safely assume the open beta will be available on PC, it remains to be seen what other platforms Blizzard will choose for the beta test.

Diablo II: Resurrected is the definitive remastering of Diablo II and its Lord of Destruction expansion, two of the most popular entries in the Diablo saga. The original game’s iconic 2D character models become fully realized 3D heroes. In addition, to take advantage of today’s modern gaming hardware, the game supports up to 4K resolution and includes fully remastered 7.1 Dolby Surround audio.

Not to mention that cinematics between chapters have been fully recreated, so Diablo II: Resurrected will feature 27 minutes of cinematics created with high-fidelity visuals that reproduce the originals and match the spirit of the modernized game’s graphics.

For those who’d rather play the game in its original form, Blizzard made it possible to switch between the modern graphics and the original 800×600 resolution experience on the fly. Also, cross-progression will be available on PC and console on day one.

Blizzard also revealed that a Diablo II: Resurrected multiplayer open beta will take place on supporting platforms in August, which will feature five of the final game’s seven highly customizable character classes for players to choose from, Amazon, Barbarian, Paladin, Sorceress, and Druid. The Necromancer and Assassin will be available when the game officially launches.

Last but not least, players who pre-order Diablo II: Resurrected or the Diablo Prime Evil Collection will receive a Heritage of Arreat transmog for Diablo III (available in-game by September 23), which gives barbarians access to the blue war paint and leather armor of the Diablo II barbarian.