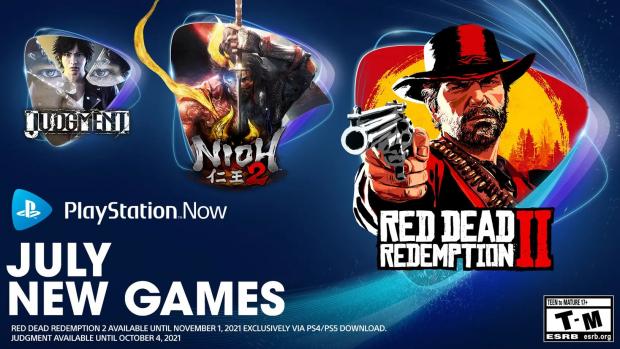 Sony’s cloud gaming service, PlayStation Now adds new titles to its ever-growing catalog each month. The bundle for July is absolutely amazing, and if you’re a PlayStation Now subscriber, you’ll be more than happy to learn about the new titles joining the portfolio.

First off, we have Red Dead Redemption 2, Nioh 2, God of War, and Judgment, four AAA games that are now available to play via Sony’s PlayStation Now service. Then, we have a trio of mildly interesting games, such as Moving Out, Nascar Heat 5, and Olympic Games Tokyo 2020.

All seven games will join PlayStation Now on July 6, so subscribers will be able to play them for free starting tomorrow. Keep in mind though that some of these games won’t remain available for free via PlayStation Now, so you’ll have to play them as quickly as possible before they are removed from the catalog.

Although some of the games featured on PlayStation Now may be made available in the library on a limited-time basis only, we believe that giving players at least three months to play a certain game is enough, especially for high-profile titles like Red Dead Redemption 2 and Judgment.