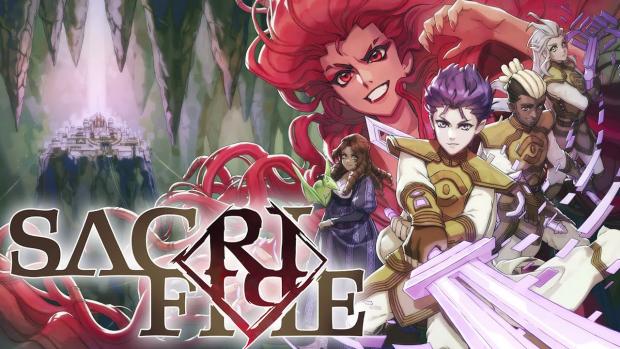 Pixelated Milk, a small Polish developer best known for games like Regalia: Of Men and Monarchs and Warsaw, has just announced their new project, SacriFire, an upcoming RPG inspired by the 90s titles.

In SacriFireSacriFire, players step into the shoes of Ezekiel Ridan, a young soldier training to join an elite sect of holy warriors who keep the subterranean city of Antioch safe from demons roaming the surface above.

The theft of a mysterious relic sets Ezekiel on an adventure that will lead to places he would never have imagined, where he will uncover secrets that cause him to question everything he believes. Throughout his adventures, Ezekiel and his companions will battle through demons, cultists, and ancient automatons using shapeshifting weaponry and special attacks that uncover and target enemy weaknesses.

SacriFire promises a unique combat system that blends real-time strategy and turn-based tactics to provide a fluid experience that is both challenging and satisfying. As with every other JRPG, in SacriFire players can choose from multiple weapons, target individual enemy body parts, and string attacks together to create elaborate combos.

Graphics-wise, the game uses a combination of pixel art and 3D graphics to combine retro-style visuals with innovative digital effects wizardry. On top of that, the game features hand-drawn and animated characters that blend seamlessly with 3D-modeled environments.

But that’s not all! SacriFire includes complex gameplay systems where players can adopt diverse combat disciplines, craft weapons, solve puzzles and tackle imaginative dungeons. Not to mention that the soundtrack is composed by Game Audio Factory, and the legendary Motoi Sakuraba, known for his work on the Dark Souls, Star Ocean, and Tales series.

To make the game, the folks at Pixelated Milk are seeking about $100,000 on Kickstarter, but the more money they get, the bigger the game will end up. If you’d like to fund their interesting project, you can do so on SacriFire’s Kickstarter campaign page.

Finally, it’s worth mentioning that SacriFire is planned to launch for PC (Steam, Epic Game Store, GOG) and will be playable on PlayStation 4, PlayStation 4, Xbox One, Xbox Series X/S, and Nintendo Switch in 2022.