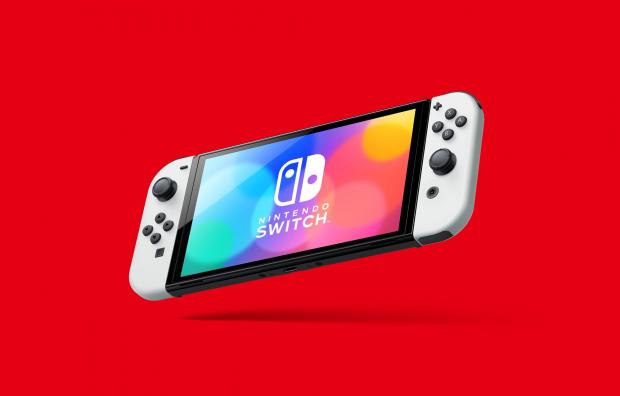 Remember all that talk about a new Nintendo Switch console that would feature 4K support and a lot of other upgrades over the original model? It looks like Nintendo decided to laugh in our faces and introduce a brand new Switch that’s just a minor upgrade over the current model.

As the name suggests, the main selling point of Nintendo’s new console is the 7-inch OLED display. Other important highlights of the handheld include a new dock with a wired LAN port, 64GB (up from 32GB) of internal storage, a wide adjustable stand for tabletop mode, and enhanced audio for handheld and tabletop play.

Just like the original model, the Switch OLED model allows players to play on the TV and share the detachable Joy-Con controllers for instant multiplayer entertainment. It’s also worth adding that a carrying case and screen protector set will be available for the Nintendo Switch OLED model, which can be purchased separately.

Of course, those who decide to upgrade from the regular or Lite version to the upcoming Nintendo Switch OLED model will be able to transfer their digital games and save data.