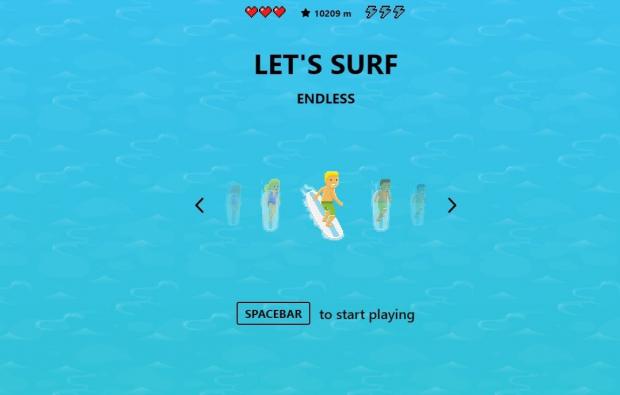 Microsoft Edge is a browser that keeps getting better and better and the most recent updates have introduced features that substantially improve the performance of the app.

Sleeping tabs, for example, allows for a notable performance boost, therefore making Edge feel at home on all platforms where it’s available.

But at the same time, Microsoft is also trying to improve the experience with another feature of the browser. It’s the built-in Surf game, which you can access by simply typing edge://surf in the address bar.

The game, which is essentially a surfing game that requires you to avoid obstacles to increase the score, is unexpectedly addictive, and Microsoft knows this very well. And this is why the company wants to improve it regularly, with the latest build of Microsoft Edge Canary coming with some notable improvements in this regard.

For example, the game has been updated with new obstacles and simplified sharing options, as well as with a series of bug fixes supposed to let the skills be the only way to reach a high score.

“We know you love the surf game in Microsoft Edge, and we do too! We’ve updated edge://surf in the Canary channel, including new obstacles, a simpler character selection menu, an easy way to share with friends, and many bug fixes and other improvements. Enjoy!” William Devereux, Senior PM at Microsoft Edge, announced on Twitter.

Needless to say, the Surf game in Microsoft Edge is bundled with the browser on all platforms, including macOS, so you can play it as long as you run the latest version of the application. But keep in mind that for the time being, this latest update is only available as part of the Canary build, though it’s obviously just a matter of time until they make their way to the stable version of the browser too.