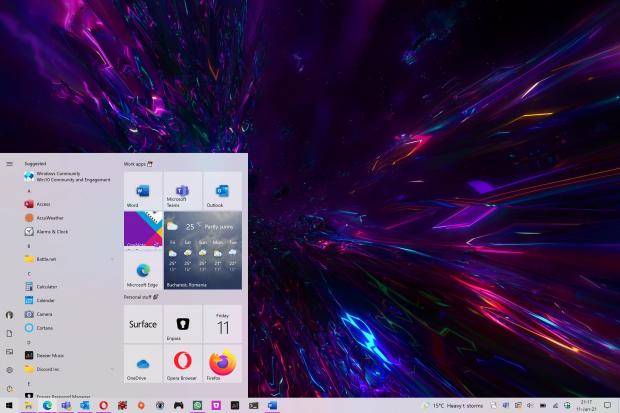 Microsoft has recently decided to pause the rollout of new Windows 10 preview builds to insiders enrolled in the Dev channel, with the company instead planning to ship more cumulative updates specifically to refine the overall experience.

At some level, this makes perfect sense, as Microsoft is expected to share some pretty big Windows news later this month as part of a dedicated event, so the company is then likely to resume builds with new features announced at the show.

But in the meantime, the Redmond-based software giant continues its typical tests in the Insider program, so users in the Dev channel have received a couple of cumulative updates specifically for this purpose.

There are no big changes in these cumulative updates, as Microsoft says it’s just trying to test its servicing pipeline.

“We have been testing our servicing pipeline with Cumulative Updates to the builds released to the Dev Channel. Each week, we would release a new build and then follow up with a Cumulative Update on top of that build before moving to the next build,” Microsoft explains.

“However, we need to test the process of releasing multiple Cumulative Updates on top of each other on top of the same build. As a result of this, over the course of the next several weeks, our focus will be on releasing multiple Cumulative Updates on top of Build 21390. Having Insiders in the Dev Channel test this will be immensely helpful, and we’ll be back to flighting normally again soon!”

The highly anticipated Windows event will take place on June 24, and it’s expected to witness the introduction of a new OS version possibly called Windows 11.