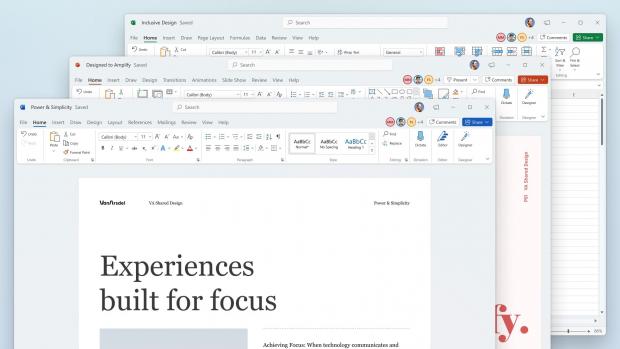 Microsoft has recently announced a massive Office overhaul that would bring the productivity suite in line with Windows 11, with the company rolling out an early build to insiders running builds in the Beta channel.

But in the meantime, version 2107 build 14226.20004 is causing some problems for insiders, as the productivity suite just crashes all of a sudden on launch.

And Microsoft has confirmed on Twitter that it’s already working on a fix, though for the time being, there’s no ETA as to when it could launch.

It goes without saying that the faster Microsoft manages to figure out what happens, the better for everybody, especially as users are holding their breath for new modern version announced a few weeks ago.

The new Office experience on Windows 11

Microsoft explains that while the new Office will feel like home on Windows 11, it’ll also be offered to users on Windows 10.

And this makes perfect sense, as the new visual refresh uses the Fluent design language that’s already part of Windows 10 as well.

“This Office visual refresh is based on feedback from customers who asked for a more natural and consistent experience within and between your applications, specifically on Windows. With this update, we deliver an intuitive, coherent, and familiar user interface, using the Fluent Design principles, across all your applications: Word, Excel, PowerPoint, OneNote, Outlook, Access, Project, Publisher, and Visio. We aligned this visual refresh with the design of Windows 11 to provide seamless experiences on your PC,” Microsoft explained.

The new Office will be shipped to users running beta builds in the Office Insider program gradually, and the company says it’s using this approach to make sure everything is running properly and potential bugs don’t hit a significant number of devices.

#OfficeInsiders, thanks for the quick feedback. We’re aware of crashes with the latest Beta Channel Version 2107 (Build 14226.20004). We are working on a fix and rolling out updates to address the issue. Thanks for your patience!
— MS Office Insiders (@OfficeInsider) July 1, 2021