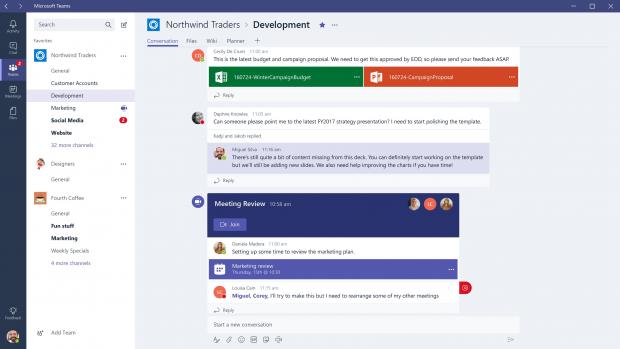 Microsoft is working around the clock on bringing a series of new features to Microsoft Teams, and July is projected to witness the introduction of several of them, including end-to-end encryption.

Microsoft has confirmed on the Microsoft Teams product roadmap that end-to-end encryption for calls is currently in the works, with the company explaining that the release date is July.

For now, however, this feature will only be supported for one-on-one calls in Microsoft Teams, but it could then be expanded to group calls as well in the coming future.

“Teams will support an option to use end-to-end encryption (E2EE) for ad hoc 1:1 Teams VoIP calls, providing an additional option for conducting sensitive online conversations. To support customer security and compliance requirements, IT will have full control of who can use E2EE in the organization,” Microsoft explains, adding that E2E encryption would be available on the desktop, Android, and iPhone.

Microsoft Teams is one of the services whose adoption skyrocketed last year as the world moved to remote working.

Microsoft itself revealed in April that Teams reached 145 million daily active users, all as a result of the pandemic and more companies needing an advanced solution to remain productive despite working remotely.

“Hybrid work will require a new operating model. That’s why we built Teams as the organizing layer for all the way people work, learn, and collaborate. Teams now has over 145 million daily active users, almost double the number a year ago,” CEO Satya Nadella said during the Q3 2021 earnings call.

More information on the rollout of E2E encryption should be provided rather sooner than later as we approach the official release date, with Microsoft likely to publish a detailed announcement explaining who gets it and how the whole thing works.