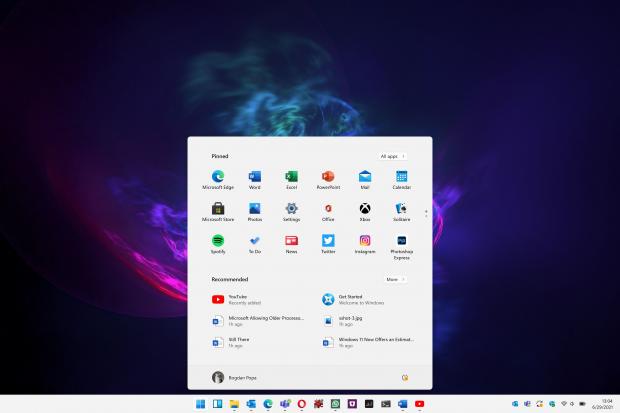 Windows 11 comes with updated system requirements, and as compared to Windows 10, it would only be available for eight-generation processors and newer.

These limitations have caused quite a controversy lately, especially because Microsoft’s dedicated app supposed to help determine if a system is compatible with Windows 11 has made many believe they wouldn’t receive the new operating system.

And now that the first preview build of Windows 11 is finally available for download, Microsoft says that it’s also allowing some older chips to try it out, though this is no guarantee the new OS would become available for these processors when the production rollout starts.

Just an experiment for now

Microsoft says it’s using the Windows Insider program to determine how Windows 11 runs on these computers and only then make a decision in this regard.

“Using the principles above, we are confident that devices running on Intel 8th generation processors and AMD Zen 2 as well as Qualcomm 7 and 8 Series will meet our principles around security and reliability and minimum system requirements for Windows 11. As we release to Windows Insiders and partner with our OEMs, we will test to identify devices running on Intel 7th generation and AMD Zen 1 that may meet our principles. We’re committed to sharing updates with you on the results of our testing over time, as well as sharing additional technical blogs,” Microsoft says.

The company goes on to explain that it needs to increase Windows system requirements because the new operating system comes with substantial improvements in key areas, such as security, reliability, and compatibility. New features require modern technology, so for example, without the necessary hardware you wouldn’t be able to benefit from upgraded security and features like secure boot, TPM, and VBS.

Windows 11 is projected to launch for all users in the fall of the year.