The first Mass Effect game was launched back in 2007, the same year that franchises like Bioshock and Assassin’s Creed made their debut. Of the three, Mass Effect had the most lasting legacy on the gaming industry as a whole, and the biggest influence on how developers should create new worlds and write overarching stories.

Many consider the Mass Effect series the best sci-fi story in the gaming industry, but even if it’s not, it surely is one of the most moving and revealing stories dedicated to the human race. What Mass Effect had since inception that none of the other major franchises had was a well-built universe that didn’t really need expanding through consecutive titles.

Everything in the Mass Effect trilogy is about uniting the galaxy against an enemy that appears every 50,000 years to wipe out all advanced life. It’s an interesting plot spanning three full games and a handful of DLC, which all have one thing in common, John Shepard, the hero meant to gather all races under a single banner.

It’s been 14 years since the first Mass Effect game came out and while the story doesn’t need any additions to this day, the combat certainly didn’t age well. The remaster version included in the Legendary Edition not only reimagines the original game for modern times but also updates the combat and visuals so that new players can experience the saga in the best form possible. 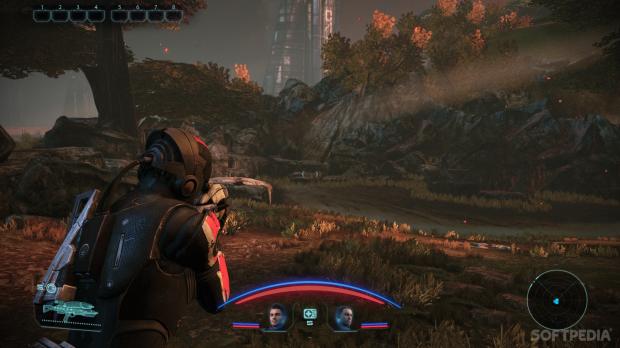 Mass Effect benefited from many improvements, including enhanced textures, shaders, models, effects, and technical features, which should bring it closer to the other two games in the series. Since it’s the oldest game in the franchise, Mass Effect received the most extensive work for the Legendary Edition, and it shows.

Using the cover features is easier in the remaster and, more importantly, you are not limited to certain weapons regardless of what class you choose for your Shepard. One of the things that made Mass Effect such an addictive game was the fact that it gave you the ability to explore dozens of planets.

Picking up side-quests that would send me to different galaxies was one of my favorite activities in Mass Effect 1. Every secondary quest is carefully written and tells the story of some of the characters and factions you meet in the game. Some are tragic, while others are stories of redemption.

Once you’d find the planet where your objective is waiting, you’d use an all-terrain vehicle called Mako to land and continue your exploration. Gone are the awful controls in the original game, as BioWare went above and beyond to overhaul the entire control scheme for the Mako. Don’t expect it to be perfect though, this is still a 14-year old game, so not much can be done without rewriting the entire code.

Story-wise, Mass Effect is probably the shortest and most straightforward of the three games, but I believe it does have the most interesting side-quests. It’s probably the main reason that it took me more time to finish it than the sequel. If you’re a sucker for good writing and interesting world settings, Mass Effect 1 is definitely a must-play.

Moving on to Mass Effect 2, BioWare added quite a few graphics enhancements that, while not obvious at first glance, will those who played the original version by surprise. Many of the character models have been “modernized” to look much closer to those in Mass Effect 3. But that’s not the only part where the game got upgraded. If you come to Mass Effect 2 directly from the previous game, it’s a huge difference, not only visually, but also when it comes to gameplay mechanics.

Everything has been made so much smoother that you can’t tell how old the game really is (btw, it’s 11-years old). You can basically play Mass Effect 2 like a shooter launched in the last couple of years thanks to the 4K textures and polished combat system.

Unlike the first Mass Effect game, this one isn’t that straightforward in the fact that it allows you to choose what mission to approach first. While the enemy remains the same, in Mass Effect 2 you’ll be forming your team across a variety of recruit missions where you get to meet the characters that will stay with you until the end. If you want to deep-dive into the lives of these characters and learn more about them, you’ll have the option to do some additional missions to make the members of your team more loyal to the cause.

Everything that happens in Mass Effect 2 culminates with the so-called “Suicide Mission” where all the characters recruited by Shepard will sacrifice themselves to see the mission through or live to celebrate the victory. It’s probably the best mission in the trilogy, not just because of the exhilarating pacing and the sense of urgency, but mostly because of the way BioWare constructed the trilogy. You see, when you finish a Mass Effect game, you carry over (if you want) your save file, which contains all the major decisions that you took. This means that whatever character dies at the end of Mass Effect 2 will no longer appear in Mass Effect 3. 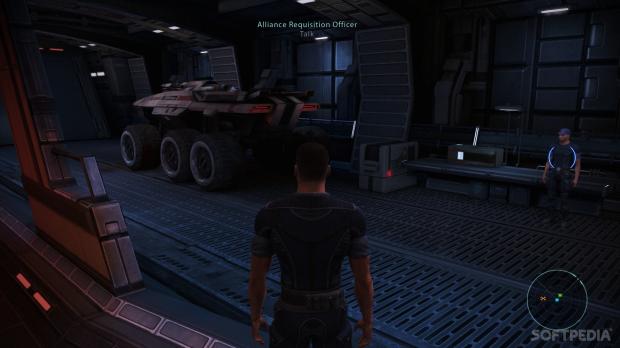 Mass Effect 2 is more about the characters that Shepard recruits for the cause and less about the hero who wants to save the galaxy. What makes the game even more interesting is that each character is of a different race and culture, so it’s not just individuals that you’re basically recruiting, but entire species to help save the world.

Last but not least, Mass Effect 3 is considered the big finale of Shepard’s saga. As we all know, there’s also a Mass Effect 4 (aka Mass Effect: Andromeda), but it features a different protagonist and it’s considered a standalone sequel.

Anyway, from the moment you start Mass Effect 3, it feels like everything you’ve done in the first two games was almost pointless. The archenemy is here and it’s destroying everything and everyone, so it’s up to you, Shepard, to unite the most powerful races and try to prevent advanced intelligent life from disappearing.

The entire game is about getting enough resources to fight the strange hybrid race called Reapers, so you’ll be flying all over the galaxy(ies) searching for new ways to delay the inevitable. It’s a different approach from the other two games and while Mass Effect 3 is considered the weakest of the three, I believe that’s entirely due to the ending.

Mass Effect 3 has multiple endings, so depending on how you perform throughout the campaign and the decisions you take, you’ll get a different ending. What makes Mass Effect Legendary Edition great is that it seamlessly incorporates all the DLC that were released after the games. In this case, the Citadel DLC sheds more light on what happens with Shepard after the ending of Mass Effect 3, and that’s what BioWare should have included in the original game from the beginning. 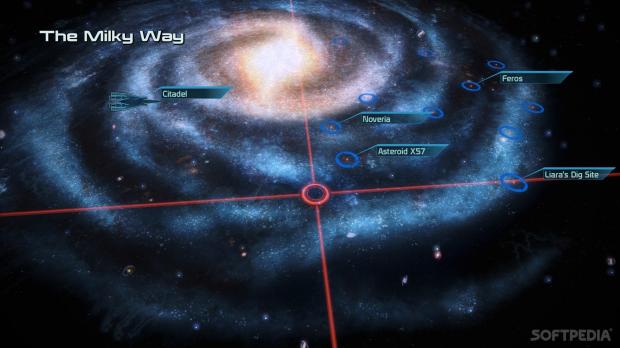 Mass Effect Legendary Edition is not just a love letter to fans, but also a great gift that BioWare is making to newcomers to the series. Although some of the issues present in the original games haven’t been fixed, there are so many improvements to the first two Mass Effect titles that I’m willing to overlook the minor bugs.

The entire trilogy sends players throughout this amazing sci-fi universe that feels alive and vibrant everywhere you look. Perhaps these games should have been remastered separately to get the attention they deserve, but having the entire trilogy in a single bundle that’s perfectly playable nearly 15 years after the release of the first game is surely convenient.