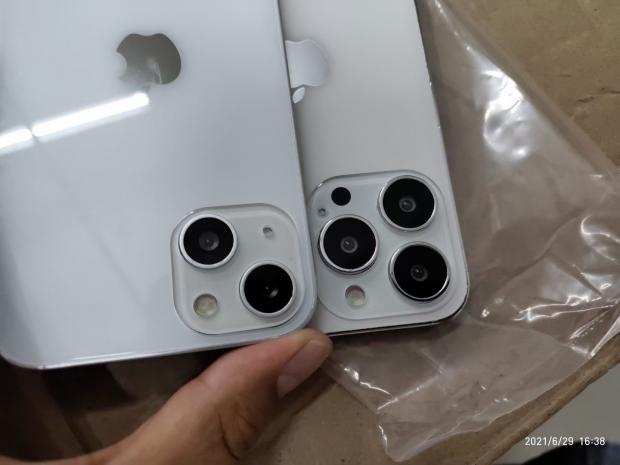 Apple obviously has remained completely tight-lipped on the upcoming iPhone model, but this doesn’t necessarily mean that we’re still not hearing a lot about the new family of smartphones.

And it’s all thanks to the supply chain, which often leaks all kinds of information to provide us with a closer look at what to expect when the new devices are launched.

This time, photos published on Twitter by DuanRui and originally posted on Weibo reveal what appear to be iPhone 13 dummies, once again confirming something we already learned from people familiar with the matter.

The iPhone 13 will feature a smaller notch, as Apple has managed to move the earpiece to the top bezel and therefore reduce the overall size of this highly controversial design choice.

Apple is projected to unveil a four-device lineup this year, and it’s believed the company is working around the clock on returning to its typical release calendar and therefore avoid any potential delay hitting its new iPhone.

In other words, Apple is expected to announce the new iPhones in September, with sales likely to land later the same month.

The new iPhone 13 family will include four models, all upgrades to the current generation. It looks like Apple also plans to launch a new iPhone mini version, despite the poor sales of the current model – people close to the matter said Apple has already stopped the production of the iPhone 12 mini due to the poor market performance, so the iPhone 13 successor is currently uncertain.

Even if Apple launches a new iPhone mini this year, there’s a good chance this is the last 5.4-inch model, as Apple will move to a larger screen lineup beginning with 2022.

In addition to the mini, Apple will also launch upgraded versions of the iPhone 12, iPhone 12 Pro, and iPhone 12 Pro Max.