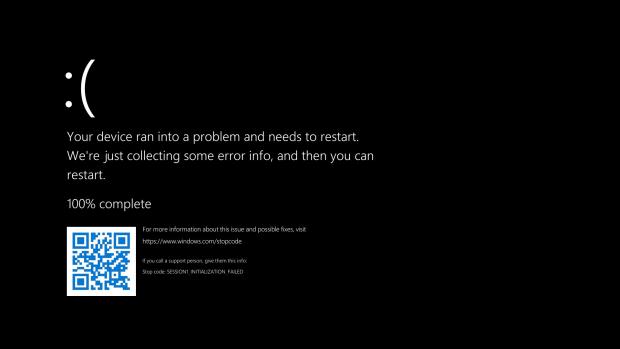 Windows 11 comes with lots of improvements overall, including new features, a revamped Start menu, support for Android apps and so much more, but users who install the very first preview build on their devices also come across several other more subtle changes.

One of them appears to concern the infamous BSOD, which apparently comes with a new color as compared to the previous Windows versions.

As you could easily figure out by simply reading its name, the Blue Screen of Death is supposed to be, well, blue, but in Windows 11, the fatal error comes with a black background.

While it’s hard to tell if this is a temporary change or Microsoft wants to make this screen black even in the full version of Windows 11, the BSOD moniker still works even in case the switch is permanent. Hopefully, however, the Black Screen of Death wouldn’t show too often, as Windows 11 is supposed to be a lot more stable and reliable overall.

The traditional color of BSOD is blue, but a few years ago, Microsoft introduced a new color specifically for the Windows Insider Program.

Builds that are shipped as part of this testing program come with a green background, so technically, they’re called Green Screen of Death, as Microsoft wanted to better distinguish the errors from the ones happening in stable versions of Windows 10.

This made perfect sense, so the black version currently in Windows 11 could be based on the same approach, though there’s obviously no reason why Microsoft wouldn’t stick with green in the preview program.

The company hasn’t offered any information on the Black Screen of Death, so it’ll be interesting to see if this one sticks in the stable version of the OS or the blue sibling returns.