If you are one of those persons who thinks he can outperform Bear Grylls and conquer all the perils of the jungle equipped with nothing else but a smartwatch and their wits, Green Hell is just the game for you. Following the uprising trend of survival games, the developers from Creepy Jar promise you nothing but struggle, hunger, beautiful yet deadly surroundings, and a lot of frustrations with some occasional satisfaction. Welcome to Green Hell, where everything tries to kill you!

After spending quite some time in Early Access and conquering its target audience on PC, the perils of Green Hell are now available on consoles as well. The game is more than just a survival sandbox since it has a story, several difficulty levels, a tutorial, and countless challenges to test your survival instincts. Unfortunately, the console version is the inferior port, and the numerous performance issues dent the otherwise challenging and almost addictive experience.

Green Hell wants more from you than just going exploring the nearby woods or rock climbing in the safety of a controlled environment. It tosses you against all the perils of the Amazonian jungle, trying to end your adventure with every step you take. But this becomes obvious, only after the tutorial. The game starts you easy, letting you familiarize yourself with your main character, Jake, an anthropologist returning to the site of his former expedition. 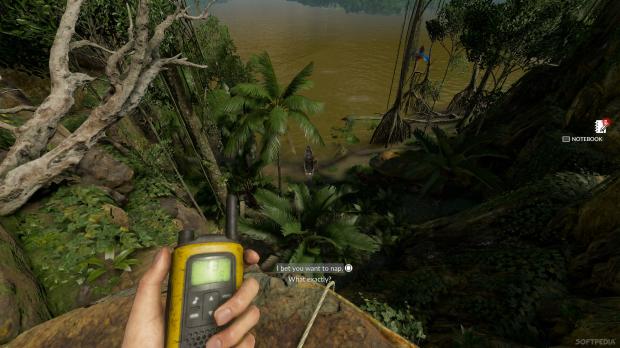 You are lured in with a camp quite well equipped, and the false sense that you can return to its safety. After the first few shy steps in the jungle, your confidence will start growing since you can rely on a clear water source, plenty of resources around your camp, lots of tools brought from the civilized world, and no hostile creatures in sight.

But this picnic in the park pace will not last, and soon you get your brutal wake-up call. The beginning of the game that serves also as a tutorial teaches you the basic controls, but does not prepare you for what is in store for you. One fatal night, after receiving a distress call on your walkie-talkie, you will end up being chasing through the jungle, losing your way, and falling down a cliff.

After waking up, you will be in one piece, far away from the safety of your camp, with an empty backpack, a walkie-talkie with a limited power supply, and a smartwatch that will keep reminding you about the constant hunger and thirst of your character. Worst of all you don’t really remember what happened, and getting back your memories will require a lot of legwork.

Green Hell will frustrate you and challenge you and throw you in deep waters without any lifesaver. It is one of the best and most realistic survival games I had the chance to play. Most of the time it will make you feel completely underprepared to face the wilderness alone. And just when you think you managed to get a grasp on things, the game will throw a curveball at you and toss you back into the struggle.

The developers have been well aware of this fact, so they included a Tourist mode, that brings the game very close to a walking simulator experience. But if you want to denounce any safety nets you are more than welcome to do so and try the hardest difficulty level. Things can become even more fiendish thanks to the different challenges you can activate.

One of the best qualities of the game is that is anchored in reality and the whole story is relatable. The mystery factor of Green Hell is rooted in the habits and traditions of the indigenous tribes from the Amazon. Trying to retrace your steps and find out why you ended up in this mess, you will have to carefully balance your physical and mental sanity as well. Bad conditions harm your psyche, and being sick does nothing for your mood.

You can consume all the mushrooms you will find, but that does not mean that you should. Discovering a lot of unknown plants means that it will be up to you to learn about their effects on you. And let’s not forget that the ayahuasca, a potent psychoactive brew used by the tribes in different rituals, is the key to unlocking those pesky lost memories.

But even if you do your best to stay in shape, be prepared to die, a lot. From hunger, from infected wounds, from falling down cliffs, from snake bites, from thirst, from fever and the list can go on and on. The time, the weather, and even the hostile tribe members will make you feel like the loneliest creature on Earth, having no allies and no respite. 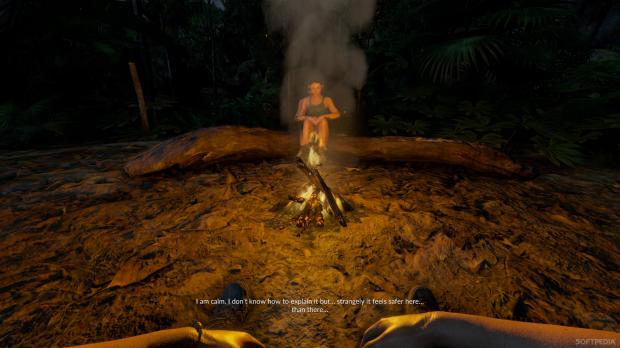 If you like going up against overwhelming odds, Green Hell will prove extremely entertaining. You will forage for resources to build structures, to keep yourself healthy, fed and sane, to avoid being mauled to death by jaguars and to eventually find out what happened to your wife, whom you started this adventure with.

You will constantly gather things in your backpack from stones to sticks, fruits, plants, meat, feathers, dead animals, basically anything you can interact with. You will use them to craft nourishment, tools, weapons, and different structures. To make things even harder, anything tool you craft will degrade, so you will have to manage the need to use them with the risk of exploring for more resources so you can replace them. The biggest trial will be to build very usefully, but extremely resource-consuming structures.

They need more resources than you can carry so it will mean you will have to undergo several expeditions to gather all logs and giant leaves and rope needed. The day/night cycle will make everything harder, not just because of the dangers of hunting you in the dark, but also because of the need to craft torches to see something in the pitch black. Still, these primitive structures represent the only way to save your progress.

So the more complex structures you plan, the more exploring you need and the more energy and time you will consume. And you do not have all the time in the world, because gradually your resilience and energy will be depleted. The more effort you invest, the more resources you need to replenish them. 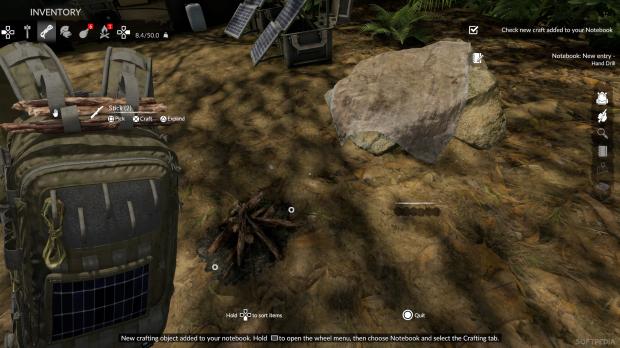 It is a never-ending cycle, where you will have to keep an eye on being hydrated, and also nourished. You will need to ensure you have a supply of proteins, carbs and fats, and access to safe water. In the end, you will realize that Green Hell is just that: pulling away the curtain painted in the colors of a lush paradise you will find a hell that has countless ways to kill you.

Visually the experience of the console version is not as impressive as Green Hell was on PC, but the developers managed to keep plenty of details. But things are ruined by the clumsy control scheme, the input lag, and the fact that even on PS4 Pro the game has performance issues. The gameplay experience is not as smooth or responsive as it should be, thus emphasizing the frustration of the players. Screen tearing and frame drops will occur even during the most mundane tasks, like chopping trees, and the input lag will result in the actions not being registered.

Missing on resource gathering is not as bad as the inability to quickly input correct commands during the tensest situations. The music is non-existent, but the eerie sounds create a haunting atmosphere. Things get more creepy when Jake’s sanity starts to decrease, but the immersion is ruined by the performance issues. 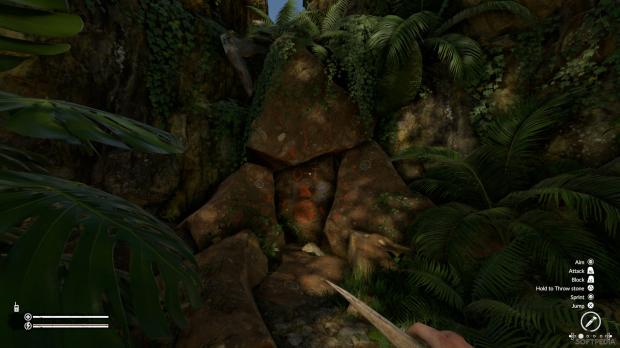 Green Hell is a console port that unfortunately does not manage to rival its PC counterpart. What can accomplish is to stand out from the relentless wave of survival games, as a title with personality, with both perks and flaws. The gameplay manages to keep its edge, but the challenges are even more frustrating because of the technical issues.

If you are in your element when facing impossible odds, Green Hell is right up your alley. The abuse on players is relentless and creates an almost Stockholm syndrome-like experience. All the survival enthusiasts will keep coming back for more and more punishment.