Gigabyte Says Its Motherboards Are Ready for Windows 11 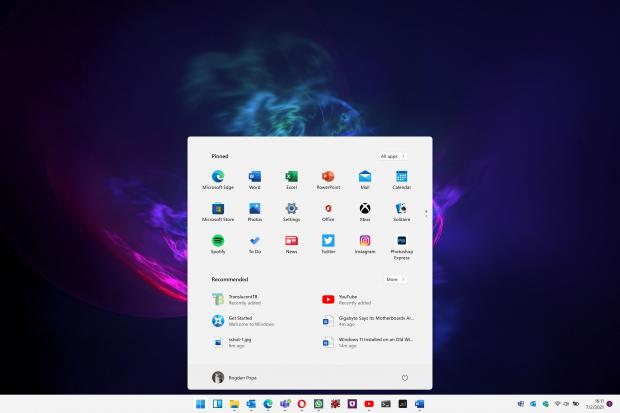 Gigabyte is one of the first companies to jump on the Windows 11 bandwagon, as the hardware firm announced today that its motherboards are fully prepared for Microsoft’s new operating system.

“GIGABYTE Ultra Durable Motherboards are not only known for their world-renowned durability, but also play a leading role in product design, especially when it comes to the TPM 2.0 support in the BIOS. Lots of GIGABYTE Intel and AMD motherboards can pass the TPM 2.0 verification of the Windows 11 by simply enabling the TPM-related function in the BIOS, on which Intel X299, B250 chipset and above platform will be the Platform Trust Technology (PTT), and fTPM function on the AMD AM4 and TRX40 motherboards. By this advanced BIOS setting, GIGABYTE motherboards can pass the TPM 2.0 verification of Windows 11 to prevent TPM 2.0 support becoming an issue to users during their system upgrade,” the company said.

Microsoft plans to launch Windows 11 later this year, and the company said it’s working with its partners to make sure that new devices fully compatible with the new operating system would be available at launch.

In addition, Windows 11 will be offered as a free upgrade to certain eligible Windows 10 devices, Microsoft confirmed.

“We’re also working with our retail partners to make sure Windows 10 PCs you buy today are ready for the upgrade to Windows 11. The free upgrade will begin to roll out to eligible Windows 10 PCs this holiday and continuing into 2022. And next week, we’ll begin to share an early build of Windows 11 to the Windows Insider Program – this is a passionate community of Windows fans whose feedback is important to us,” the company said in its original announcement.

The first Windows 11 preview build is already available for testing.