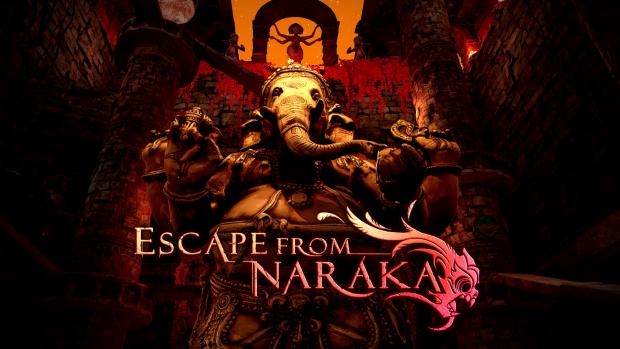 Escape from Naraka is a first-person action platformer with parkour elements developed by XeloGames, a 3-person team of indie game developers. The game is unique in the fact that it features exotic Balinese-themed levels, but that certainly isn’t its main selling point.

Inspired by games like Seum, Dark Deception, and Doom, Escape from Naraka will be released on Steam on July 29. Players can get a taste of what’s to come in the Steam Next Fest demo which is available until the end of June 23. More importantly, players who play the demo can win valuable Chroma peripheral prizes from Razer, so make sure to check out the game’s Steam page.

In Escape from Naraka, players must speed through a labyrinthian temple filled with Balinese mythology, trials, and traps. According to developers, to make this game they used real Balinese artifacts and 3D scanning technology to add the depth of Bali’s rich history to the game’s world. Not to mention that we’re getting original soundtracks with Balinese instruments.

Featuring parkour elements, every level in the game will challenge players in a new way, with several themed stages, each with their own trials to complete. Mastering dodging and timing is absolutely necessary to survive what the game is throwing at you.

There will be a lot of secrets to uncover, as well as unique abilities to use, which will be essential for a successful escape. Also, Escape from Naraka will feature leaderboards for each level and one for the complete run so that players can see how they fared against others.

Escape from Naraka has been in development since April 2020, so it’s incredible that a 3-person team managed to finish it in just a little bit more than a year. Well, if you’re looking for a first-person action platformer with parkour elements featuring Balinese-themed levels, Escape from Naraka might be for you.