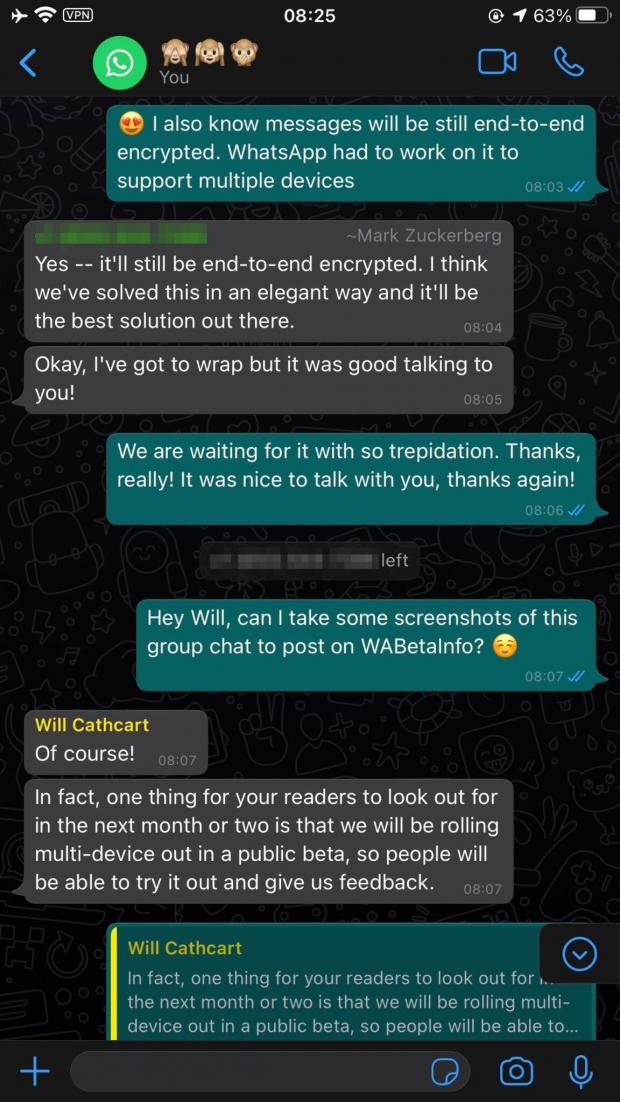 We’ve known for a while that WhatsApp is working on multi-device support, but now it looks like we’re getting very close to the moment this feature would finally launch for users out there.

Facebook CEO Mark Zuckerberg himself confirmed WhatsApp would be getting multi-device support, first as a public beta and then for all users once additional reliability and stability improvements are implemented.

In a group chat revealed by WABetaInfo, WhatsApp CEO Will Cathcart confirmed a public beta is projected to go live in the coming weeks.

“We will be rolling out multi-device out in a public beta, so people will be able to try it out and give us feedback,” he said, explaining the launch is scheduled to happen in the next month or two.

Zuckerberg himself confirmed multi-device support is coming, adding that getting everything right has been quite a challenge.

“It’s been a big technical challenge to get all your messages and content to sync properly across devices even when your phone battery dies, but we’ve sold this and we’re looking forward to getting it out soon,” Zuckerberg explained according to a conversation screenshot published by the cited source.

In case you’re wondering why multi-device support is such a big deal for users, it’s all quite simple actually.

With this feature available in WhatsApp, moving from one platform to another (from iPhone to Android or the other way around), is a lot easier, simply because all conversations roam across devices. Furthermore, if someone has more than just one device, they can activate the same WhatsApp account on all of them, therefore being able to chat with contacts just like they’d be on the main phone.

More information about the ETA of multi-device support in WhatsApp is likely to be shared closer to the launch date.