Call of the Sea Review (PS5)

When you think about books, movies, or games related to Cthulhu you imagine doom and gloom, a silent and unescapable desperation, anything but a tropical paradise. Raw Fury proposes a new setting for the classical horror universe, one that is overflowing with color and optimism, where the peril is just an ugly nightmare at the very edge of a beautiful dream. Read on to find out what kind of experience Call of the Sea turned out to be.

In the last few years, Raw Fury managed to become one of the most visible indie publishers, launching pretty successful games such as Star Renegades or West of Dead. Since the very first trailer released from Call of the Sea I was fascinated by the idea of having a colorful adventure game set in the world of Cthulhu. The first game developed by Out of the Blue holds a lot of promise, and despite some issues with the overall experience, I have to say it did not disappoint.

Beyond the beautiful visuals and enticing setting, Call of the Sea is a story of self-discovery. Nora, the protagonist, sets out to find her husband Harry but ends up deciding her own fate. Plagued by a mysterious illness, Nora’s fate seems to be sealed since western medicine can provide no cure. Harry turns to old legends and tales and ends up organizing an expedition to a mysterious island. When the precious letters documenting his journey come to an abrupt halt, Nora sets out to find his husband. Arriving in the tropical paradise, she will retrace the steps of the archaeological expedition. Trying to find the one person she cannot live without, Nora will actually find out the truth about herself. 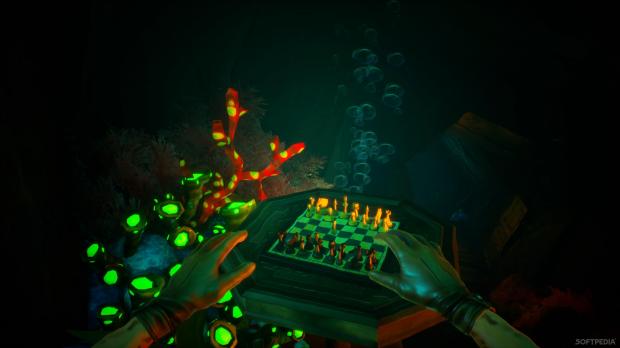 Nora is the sole character of the game, a lone adventurer in a place full of secrets. You will not encounter any other sentient being, only clues about what they were up to. Trying to piece together what happened and where has everybody disappeared, you will make your way to the heart of the island, by solving several, increasingly difficult puzzles. Make no mistakes, despite being set in a universe based on the Lovecraftian lore, Call of the Sea is not a horror game by any means. It is a first-person adventure game, that sometimes will make you feel like a female Indiana Jones uncovering the legacy of an ancient civilization.

As such, the entire gameplay focuses on unearthing the past, being distant, or more recent. Next to presenting the tale of Nora and Harry, you will discover a tale of ancient civilizations connected to the Elder Gods. There are no monsters in the game, no tension, and no combat just hints towards the ugly part of the cosmic horror genre. Still, the atmosphere is one of a kind and combined with the gorgeous visuals manages to build an engaging experience. The clues pointing to the fate of the expedition organized by Harry, the tales of the old civilization, and Nora’s transformation are never scary or thrilling.

Even in the latter stages of the game, when the colorful scenes of the island paradise are replaced by ominous cliffs surrounded by unending storms, the general atmosphere remains one of curiosity and discovery. The tense moments are nothing more than brief respites, in a beautiful dream that never turns into a nightmare. You will end up understanding the reason for this light atmosphere, going through the journey of self-discovery had in hand with Nora, who will find freedom and serenity amidst the tragedy surrounding her. It is strange to feel so safe in a game having its roots in a horror universe.

One of the most important parts of the game remains the puzzles, which become more and more complex as you advance in the story. They are combined with explorative sections and feel like an organic part of the gameplay experience. No matter the challenge, the developers made sure they are well integrated into the story and do not stick out like a sore thumb. The puzzles are varied and will challenge both your observation and logical skills, each chapter is built on one big mystery that needs to be solved to progress.

The environment is full of bits of information that build up the background story and will help you understand the events that turned the island into a graveyard to almost all members of the expedition. All these details will be recorded in the notebook Nora carries around, along with the hints and clues about solving the different puzzles.

Despite all the positive aspects, Call of the Sea feels inconsequential. As mentioned before you never really feel the weight of the tragedy surrounding you. This can be traced back to the monologues of Nora. The problem is not the voice acting, which varies from flat to quite good, but the things our protagonist is saying. 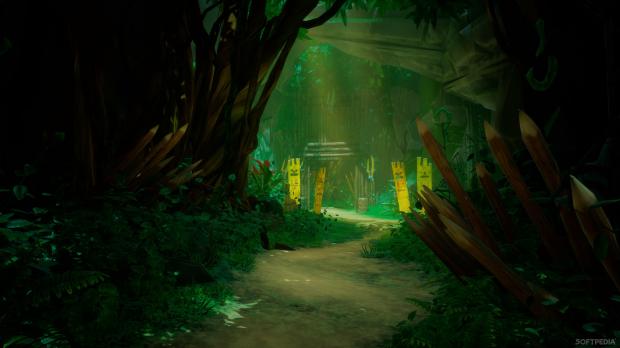 The script is mainly a collection of common places, repeated quite often for no reason. Nora might have had a personality as interesting as her heritage, but it gets lost in stating and repeating the obvious. There are no twists right up until the end of the game, and even that one is quite predictable. Reaching the end of the game, you will see Call of the Sea as a trivial cliché, that fails to surprise you in any way.

The game also makes you feel complacent, knowing that nothing bad can happen to you, even though everyone around you is already dead. Knowing that you are always protected by a safety net with no moments of thrills, actually ends up hurting the overall atmosphere. Even the grandiose lightning strikes, in the middle of the unending storm that rages on in a dark corner of the island, are stripped of their dramatic qualities. Everything feels very comfortable and welcoming and cozy, even though you are on the trail of the secrets of the Elder Gods.

Call of the sea is a perfectly linear experience, with some collectibles spread around, that is actually inconsequential to the gameplay. It might seem you have two endings, but it is a matter of saving in the only moment of choice you are presented with. Later you can load back that moment and see the alternative path you were offered.

Even the collectibles you might have missed can be picked up through the chapter select feature, giving Call of the Sea zero replay value. Unlike a great book you might want to read again at some point, once you finished the game, you have no drive to maybe go through it again sometime in the future. The story that turns out to be forgettable, makes sure of that. 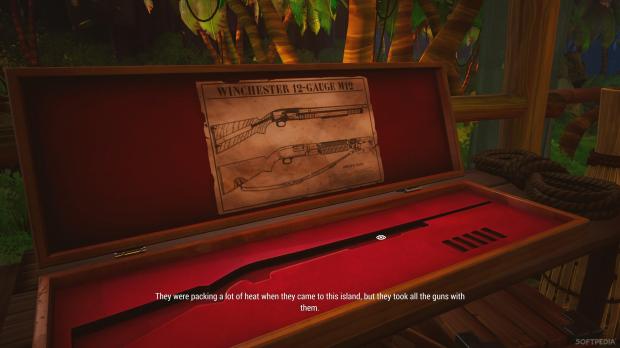 Call of the Sea is a beautiful adventure, and the first thing that will draw you in is undeniably the gorgeous visuals. The gameplay may not be perfect and the story may be a one-time experience, but the game still is worth a playthrough. The atmosphere of the game is an engaging one, though it will make you feel as safe as a baby in a cradle.

If you are a fan of the Lovecraftian universe though, you might leave disappointed. The game lacks all the heavy and tormenting atmosphere that made famous the works of the American author. Call of the Sea remains an adventure game that will be enjoyed by the fans of this genre.