Borderlands 3 Crossplay Functionality Goes Live Today, But Not On PlayStation

As expected, Gearbox announced that Borderlands 3 crossplay is now available for those who own the game on any platform except PlayStation. Also, seasonal events are now permanent and players can toggle them on and off as they wish. Along with the latest update, a new level cap increase has been added, along with a bucketload of quality of life improvements.

But first things first, so if you own Borderlands 3 Xbox One, Xbox Series X/S, Mac, Google Stadia, or PC (via Steam and the Epic Games Store), you will now benefit from crossplay functionality. It’s a nifty feature for those who have friends that play on other platforms and an opportunity for them to start playing together regardless of that. To start using the crossplay feature, players must set a Crossplay Display Name, which is required for SHiFT Matchmaking functionality. 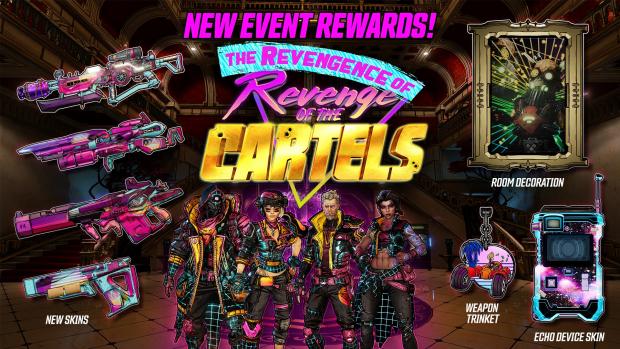 Another important addition to the game are the Endless Seasonal Events. Basically, Borderlands 3 players can now access all of the game’s themed seasonal events, including Bloody Harvest, Broken Hearts Day, and Revenge of the Cartels, whenever, and for however long, they’d like.

This can be done via the new option on the Main Menu that lets players select which of these three events they want to toggle on or off. These annual events all have their own unique sets of themed cosmetic rewards and exclusive drops from their Year 1 and Year 2 iterations, which can now be earned at your own pace.

Also, starting June 24 and through July 1, the effects of all six True Trials mini-events will be active, which means all six of the Trials bosses get the same substantial health and damage boosts, and they’ll all drop their two designated Legendary items.

Last but not least, the Crossplay Update increases level cap once again, so players can now boost their power by seven levels to a max level of 72.